An invitation for a stay in a country house may  not be part of my solo trips to Britain, but          HF Holidays can  make this a reality.

My day visit to Harrington House was arranged by HF Holidays so I could investigate if this solo traveler would fit into a country house stay. 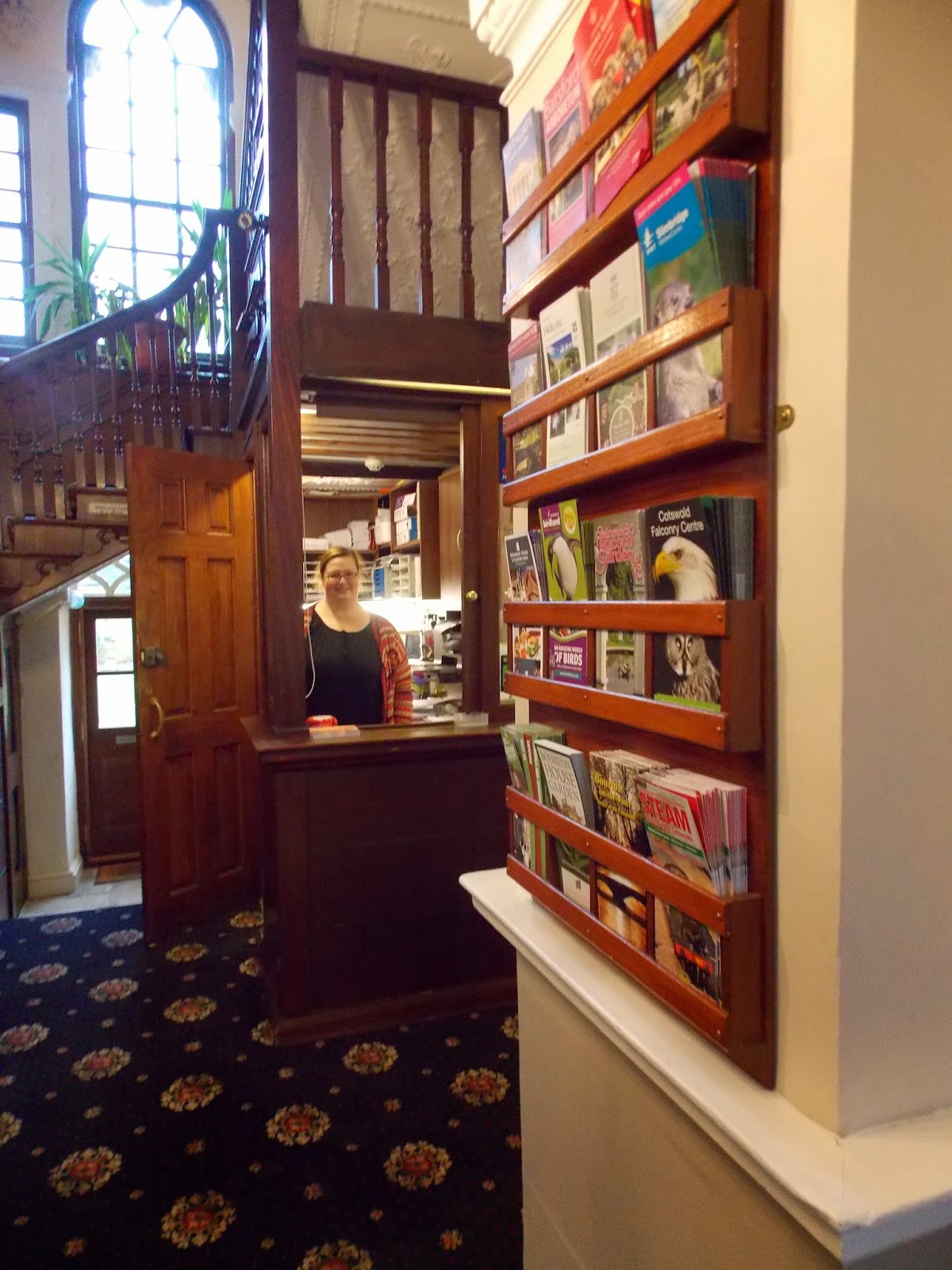 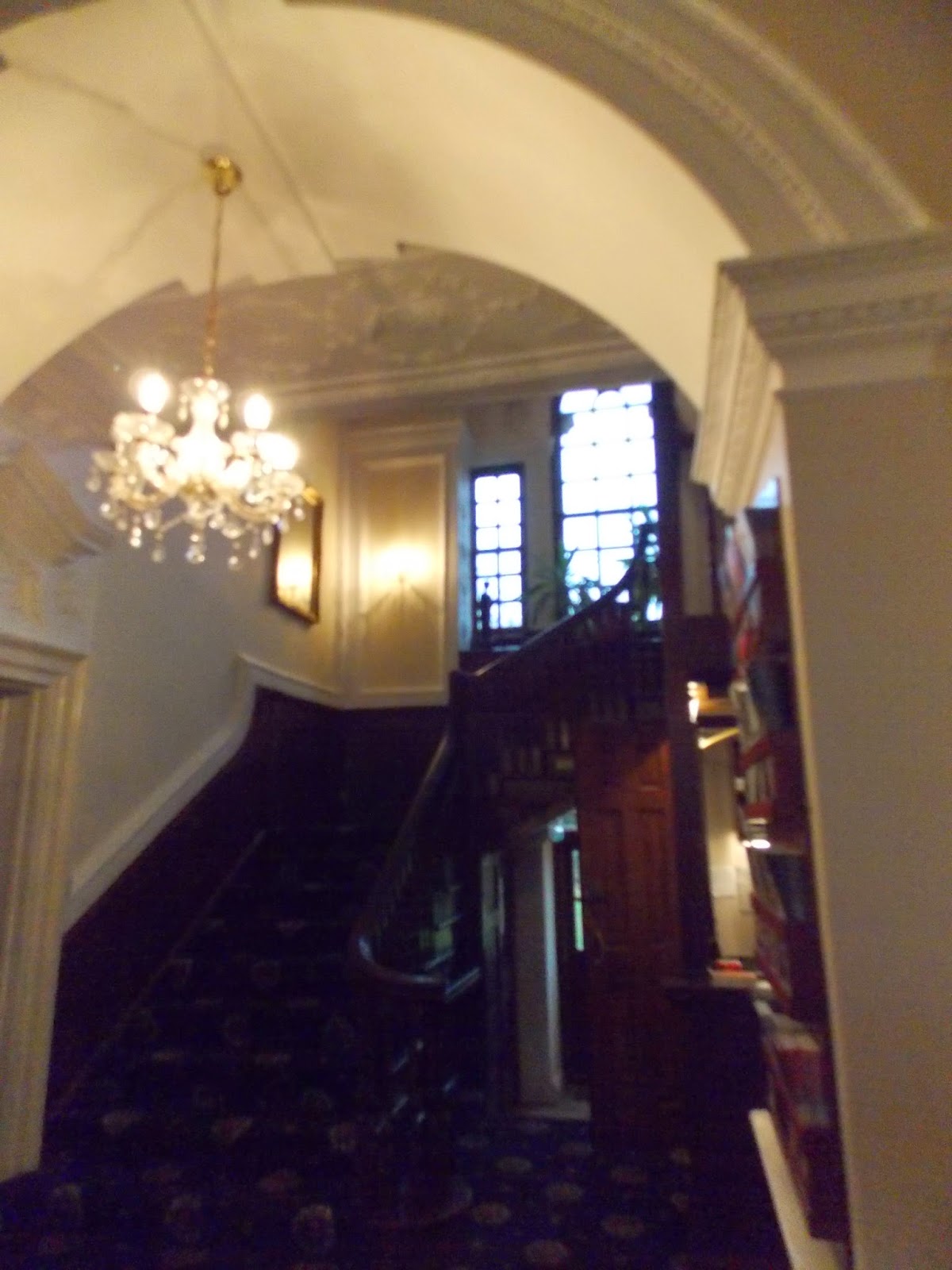 London is a solo friendly city:  museums, theater, solo friendly restaurants and activities to fill your days.  Day trips via train, bus or auto take you to towns from Dover, Bath, Land's end, Leeds, Oxford, Wincester, the list is endless.

While scanning the HF Holiday catalogue I imagined charming villages, stone houses, friendly locals and the perfect tea house.
My love affair with England goes back many years. 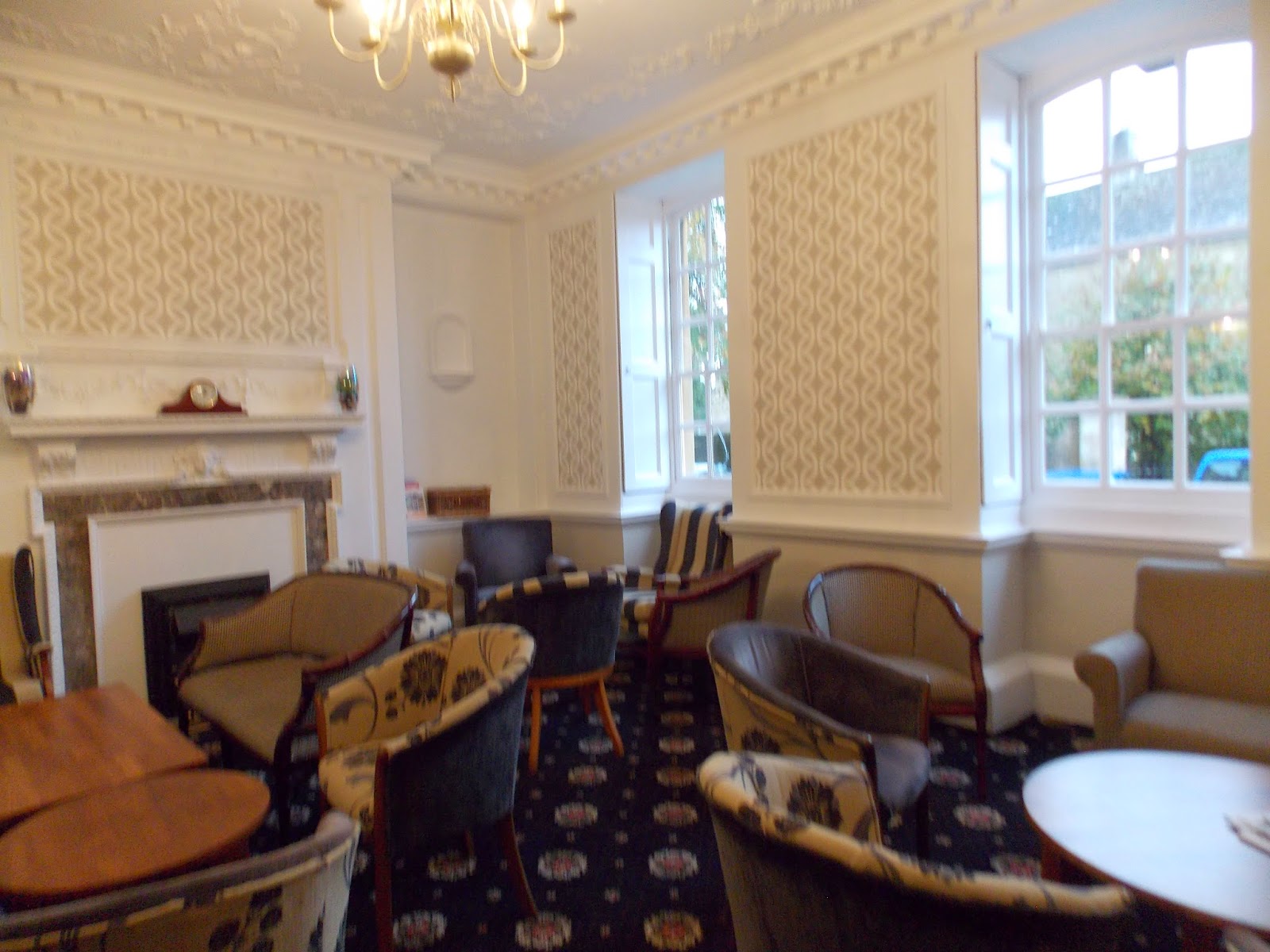 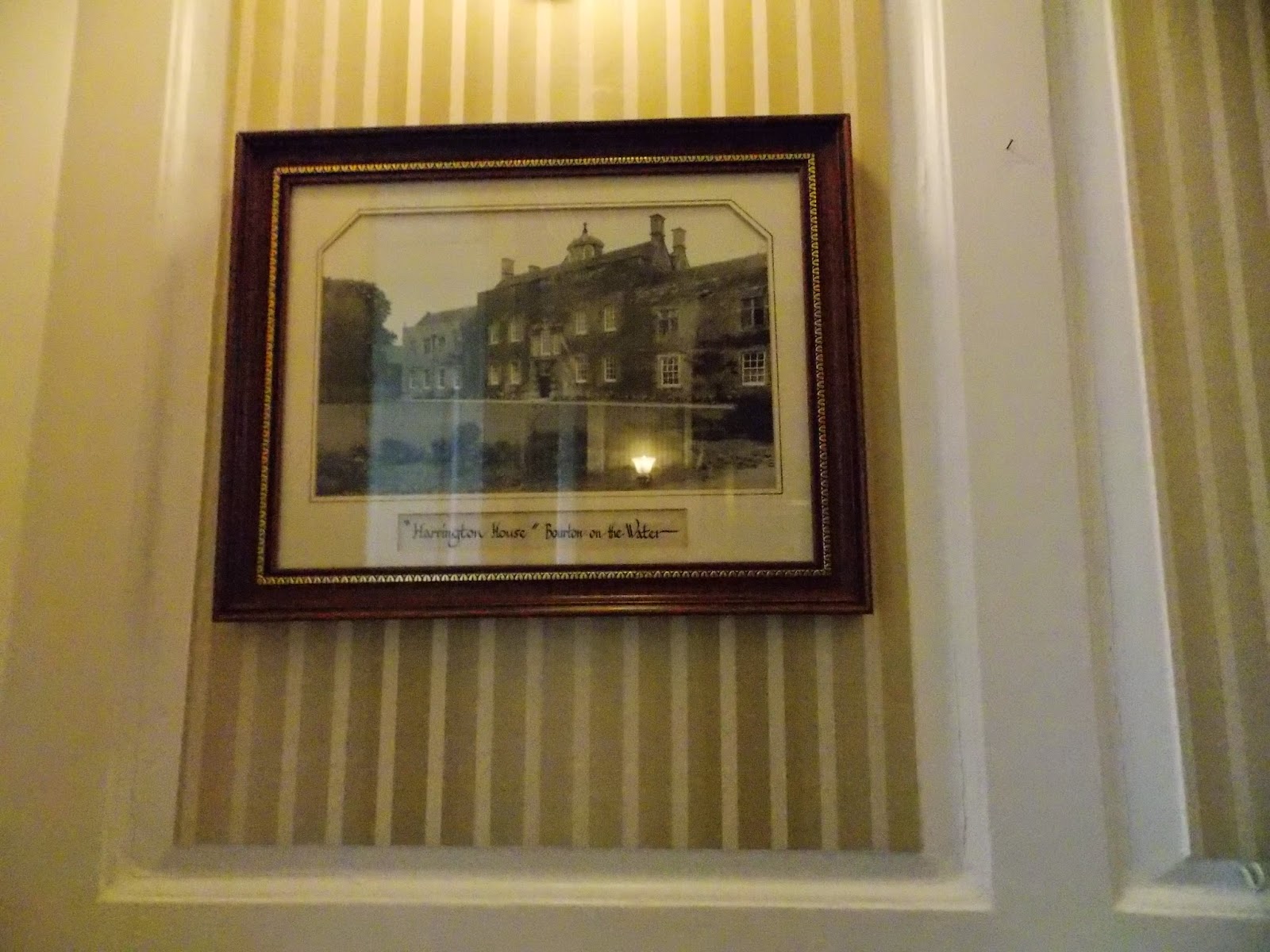 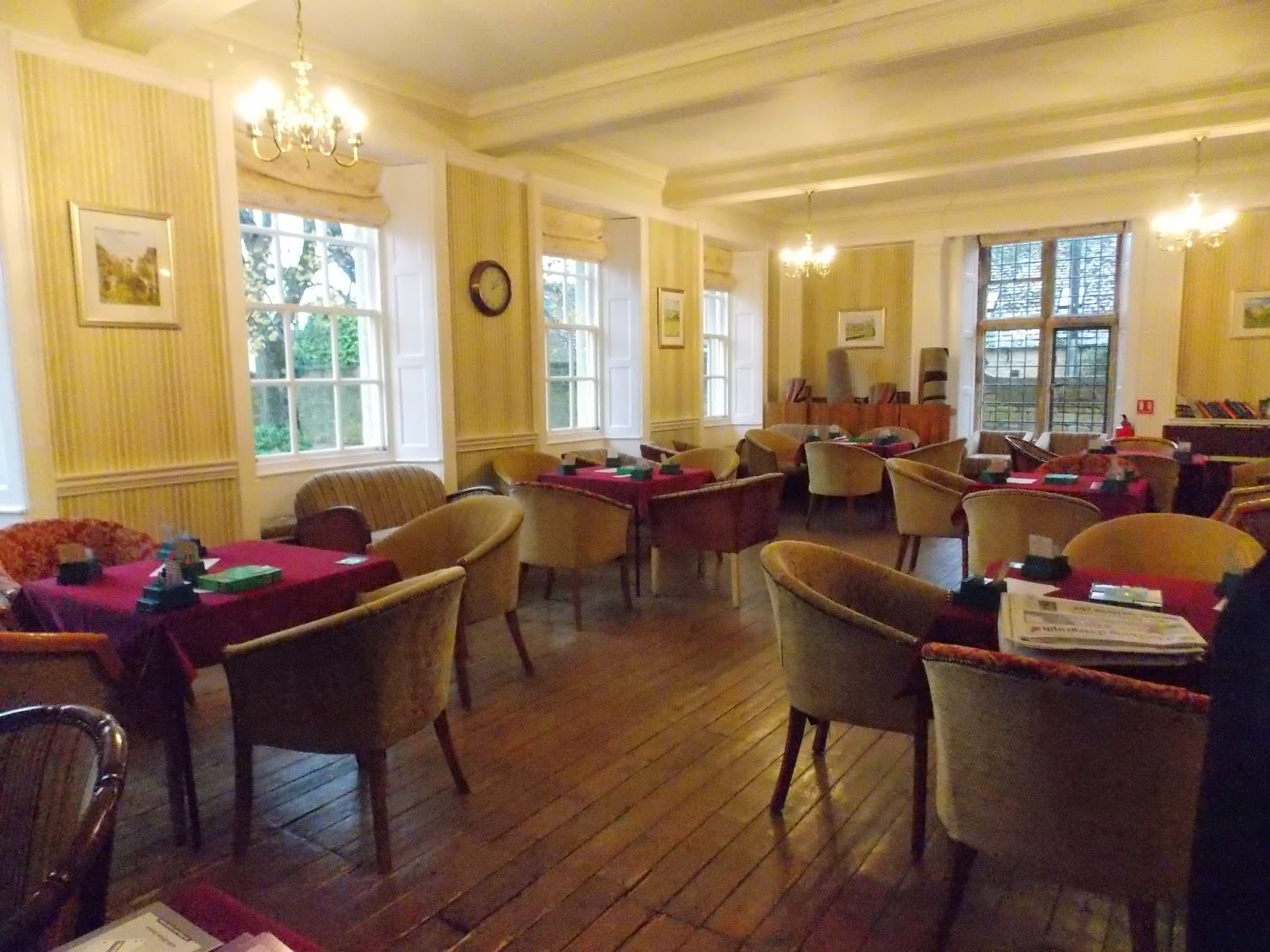 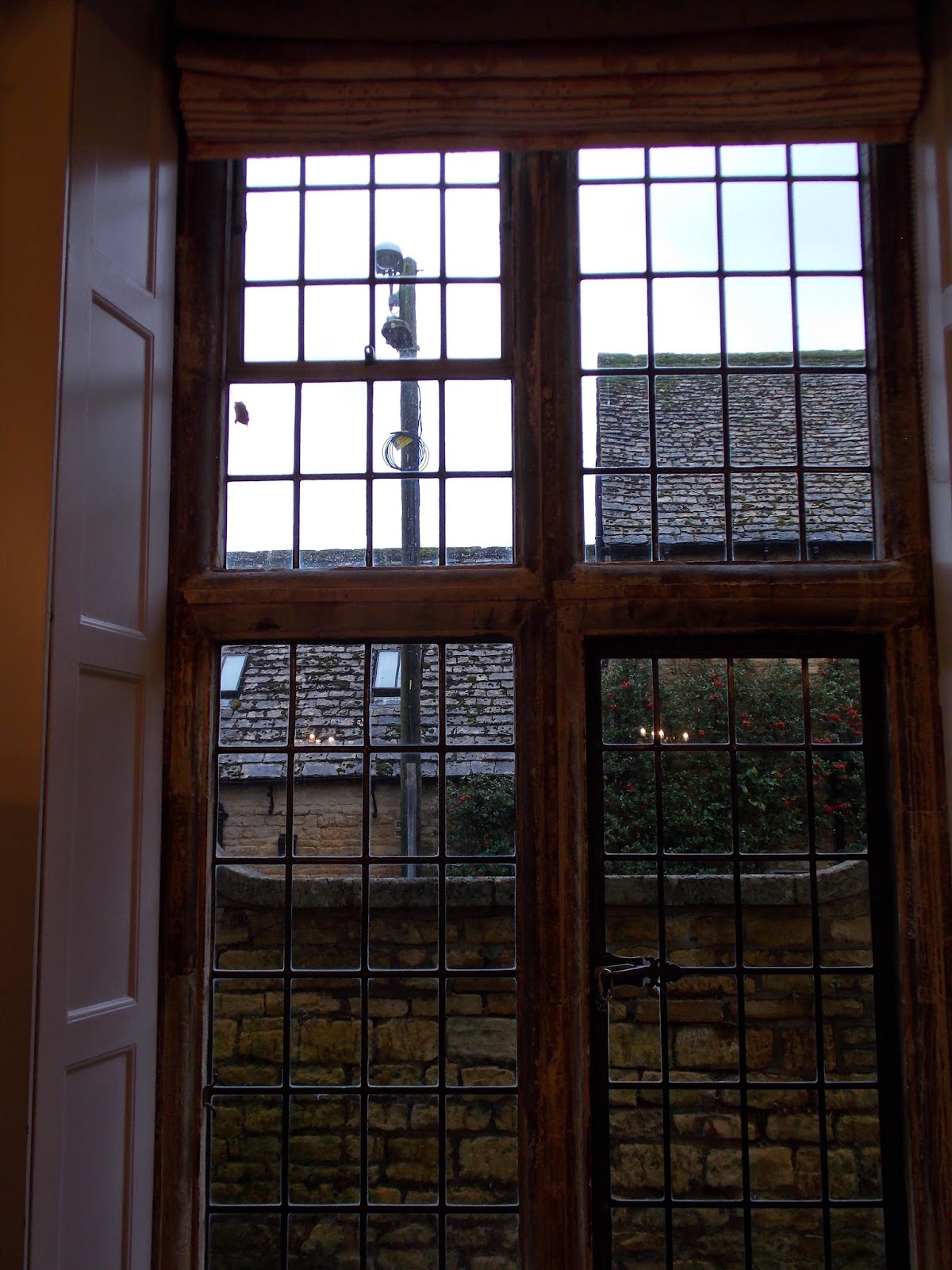 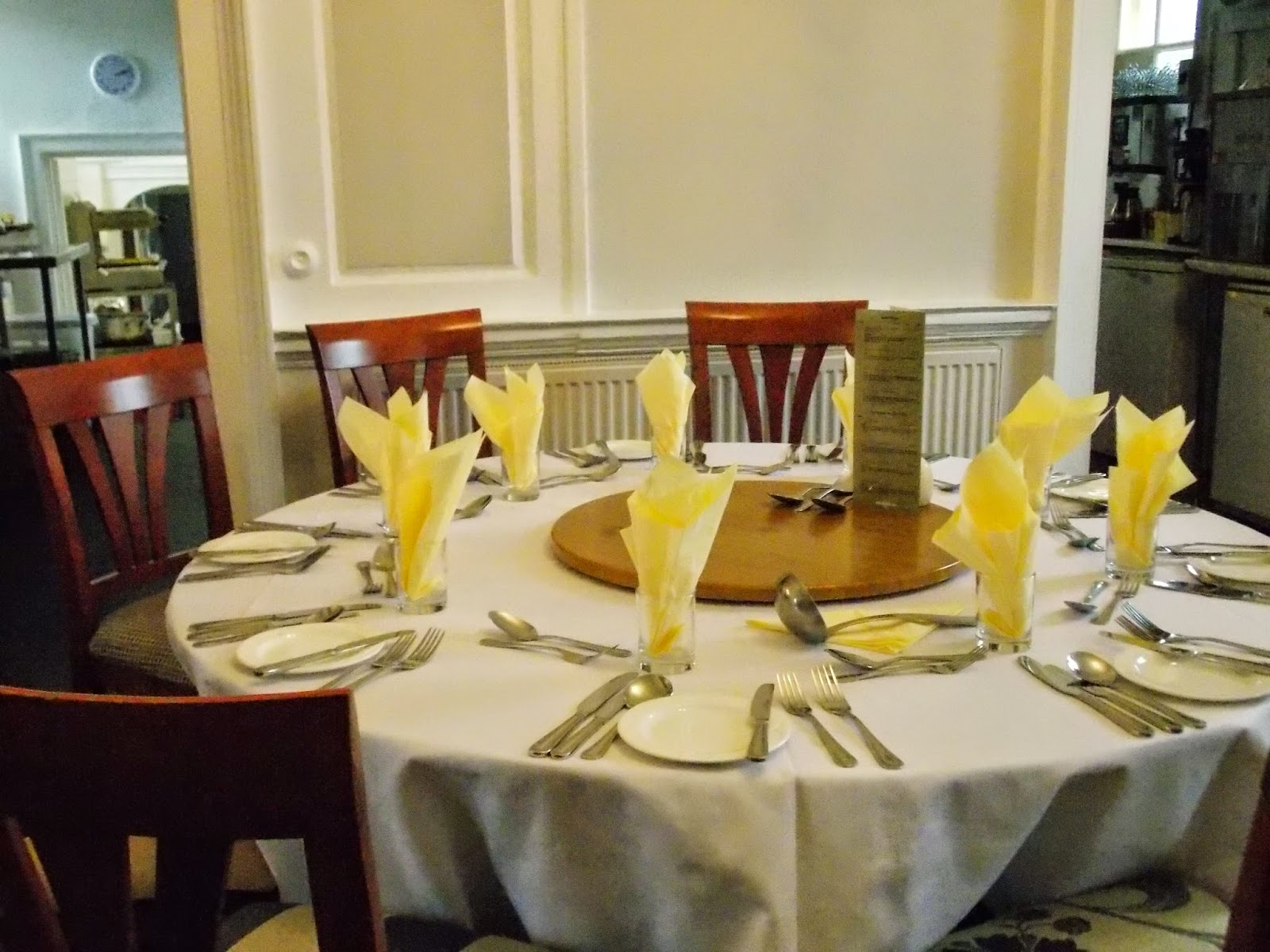 Taking the train from Paddington Station in London, to Oxford for a quick change to
the local train for Moreton in Marsh.  This is my first look at a Cotswolds village!   The train arrived late so I missed the hourly bus to my destination of Bourton-on-the-Water to visit Harrington HouseHF Holidays

Solo Traveler has a great resource for Solos

If you travel solo or wish you did,
you should know Janice Waugh 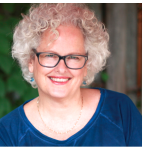 Solo travel tips, destinations, stories... the blog for those who travel alone.

Janice has compiled suggestions from readers on where to stay around the world......enjoy. 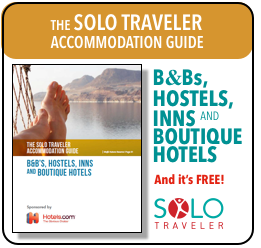 http://solotravelerblog.com/wp-content/uploads/2014/01/The-Solo-Traveler-Accommodation-Guide.pdf
Posted by Lee Laurino at 5:17 PM No comments:

Email ThisBlogThis!Share to TwitterShare to FacebookShare to Pinterest
Labels: solo traveler, where to stay

Tip, where to store luggage in Rome

http://hometoitaly.blogspot.com/2014/12/dont-drag-your-bag-through-rome.html
Posted by Lee Laurino at 12:22 AM No comments:

Email ThisBlogThis!Share to TwitterShare to FacebookShare to Pinterest
Labels: Luggage storage in Rome

I share with my European colleagues and friends that most Americans drive wherever they go....often because we live outside of a town or city.

We drive for lunch at the local fast food restaurant and eat in our cars, drive for a coffee, drive to the bank and now even CVS (drug store) lets you drive up to a window to pick up prescriptions.

Some of you may remember the Drive In movies that are all but gone from the American landscape.

Well yesterday after a week of cold and rain, the people at Myrtle Beach SC came out to walk! 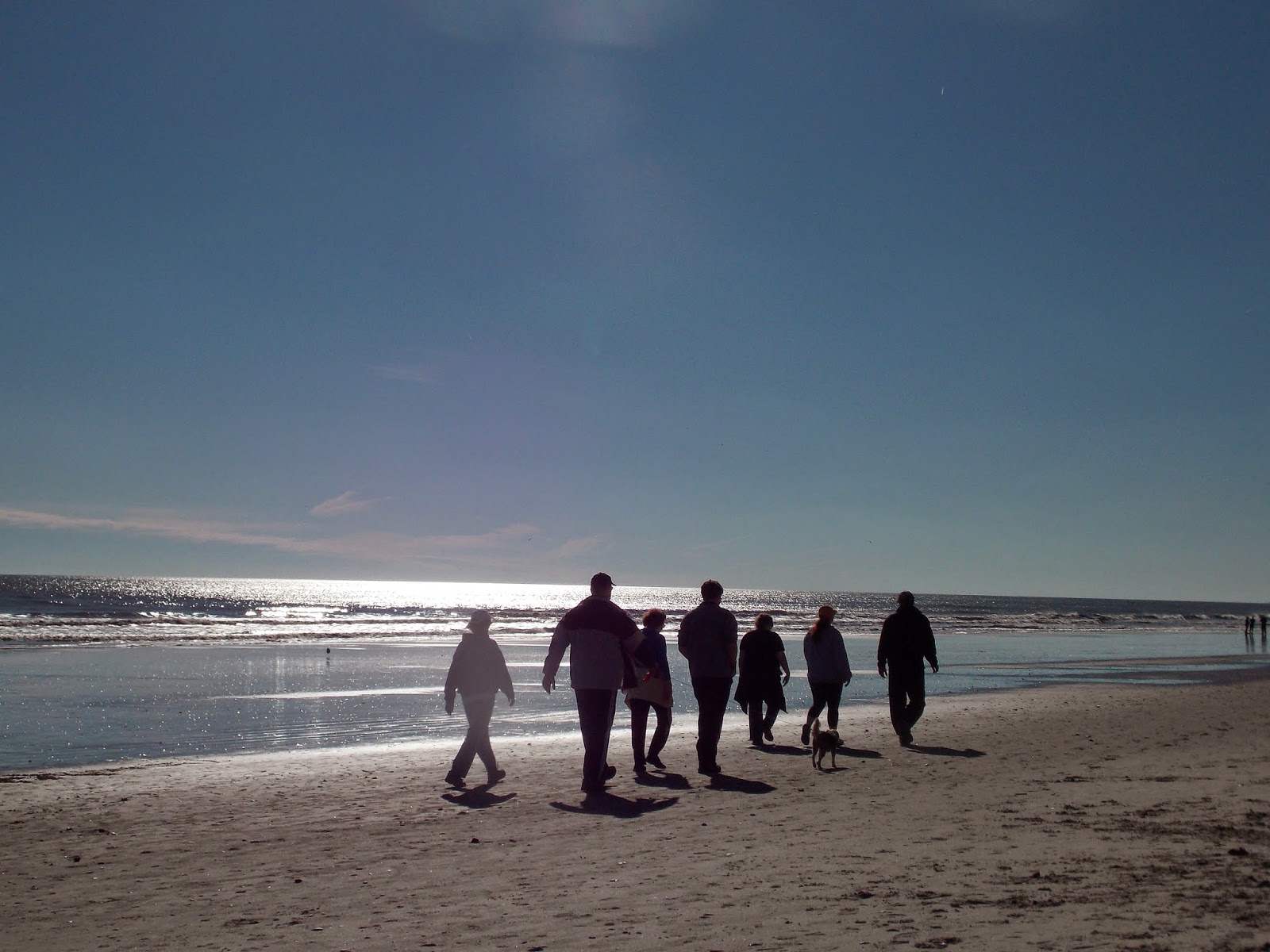 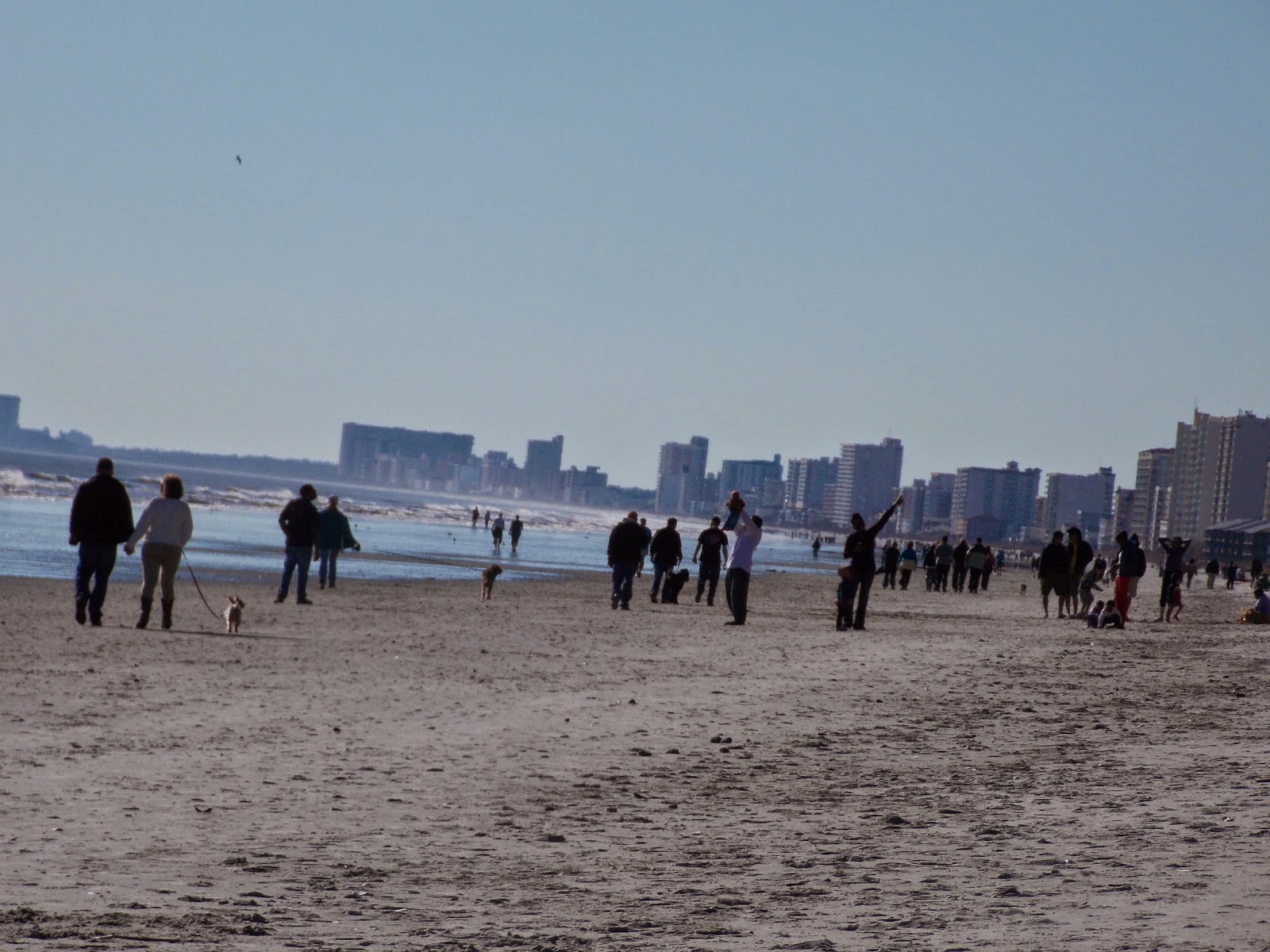 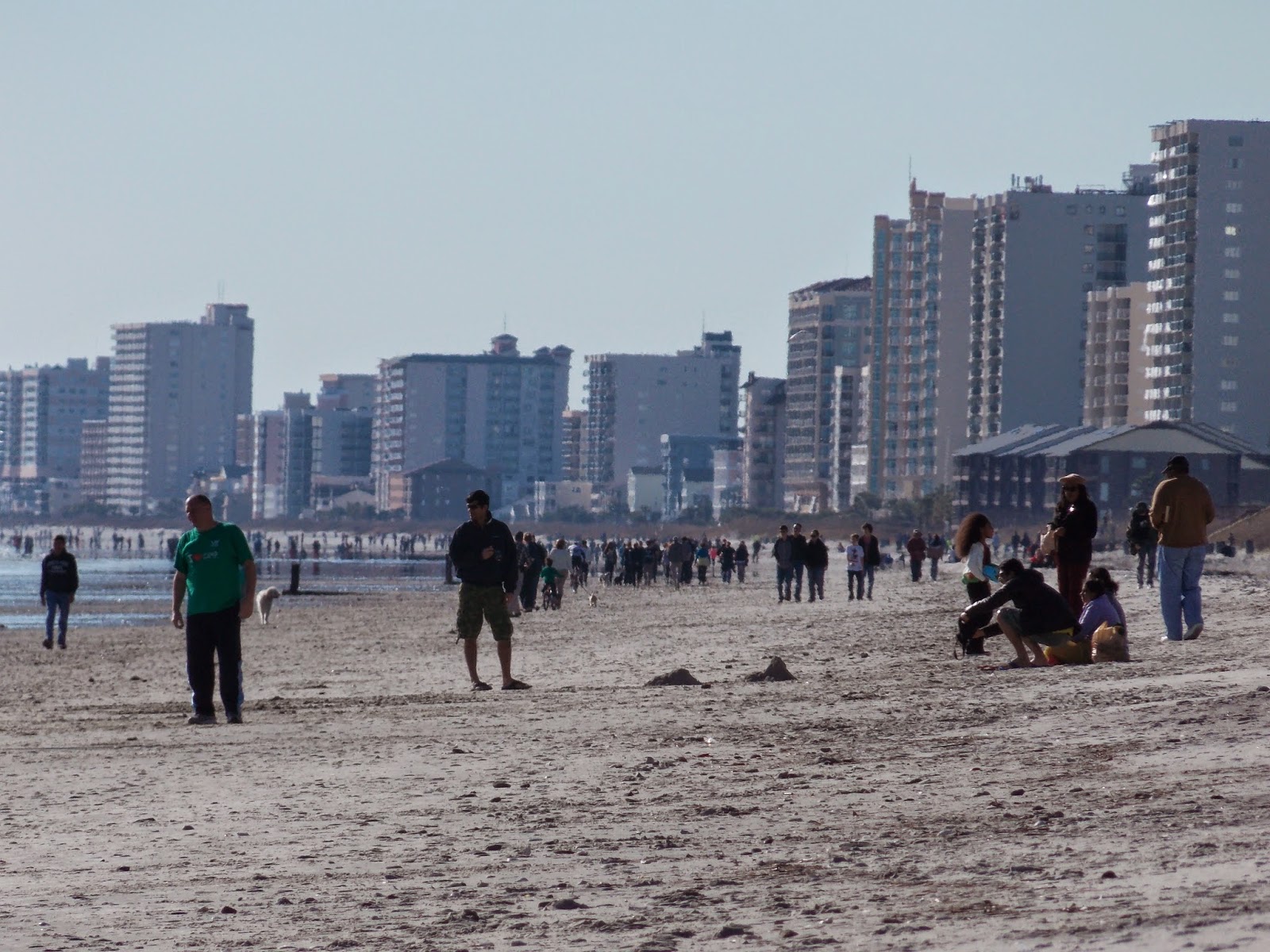 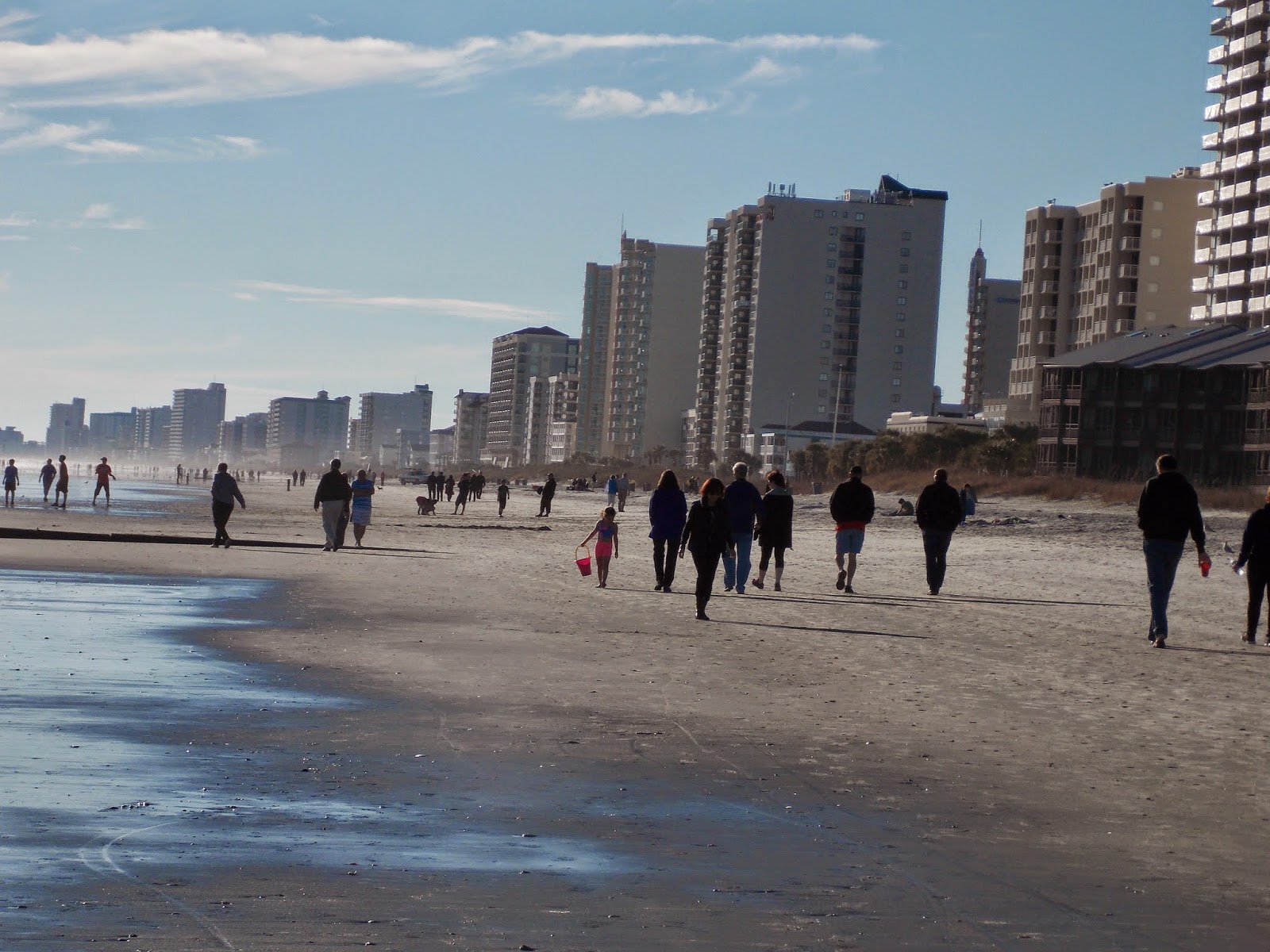 And they were in 'packs' almost like lemmings following each other all in the SAME direction....but that may have been because the sun was much warmer walking south.

So Americans will WALK if you give us somewhere to walk.
Posted by Lee Laurino at 12:23 PM No comments:

Email ThisBlogThis!Share to TwitterShare to FacebookShare to Pinterest
Labels: Walking in America

Traveling solo for the first time? These are 10 of my favourite destinations.

In honour of International Women's Day on March 8th, and the #WeGoSolo twitter chat, here are 10 amazing destinations  that are perfect for a first time, solo female travelers.

I've been to them all and I can heartily endorse them. I've traveled in North America, Africa, and Europe, and I feel very sure there are many other cities around the world which would be perfect for a new explorer. 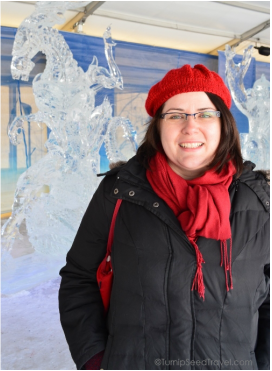 This small, affordable, cozy provincial capital city is perched on the edge of the ocean. It has a great arts scene for a tiny city - there is a small independent cinema, crafts stores, artisans, and the renowned plays at the Confederation Centre of the Arts. Spend the days sitting by the harbour, sketching, painting, or writing. At night, take in a play, enjoy the freshest seafood from the Atlantic Ocean, and indulge in delicious east coast baked goods.


Read the balance of this great article here:


http://www.turnipseedtravel.com/blog/10-amazing-destinations-for-solo-female-travelers
Posted by Lee Laurino at 3:43 PM No comments:

Just saw this to share.............but when will the industry catch up with the HUGE market of travelers they are ignoring?

as seen in THE MALAY MAIL ONLINE

Single-friendly cruises to make waves in 2015!


While escaping my home base for the month of December I decided to turn the month into a search for solo friendly activities during a major holiday.

My goal was to find 5 solo friendly events while staying near a beach resort that attracts 'snow birds' from as far as Canada.

Many towns have holiday markets, craft shows, handicraft sales that are featured before the holidays.     My timing did not match the schedule but I was able to attend a great river side market in North Carolina, only 45 min from where I am staying. 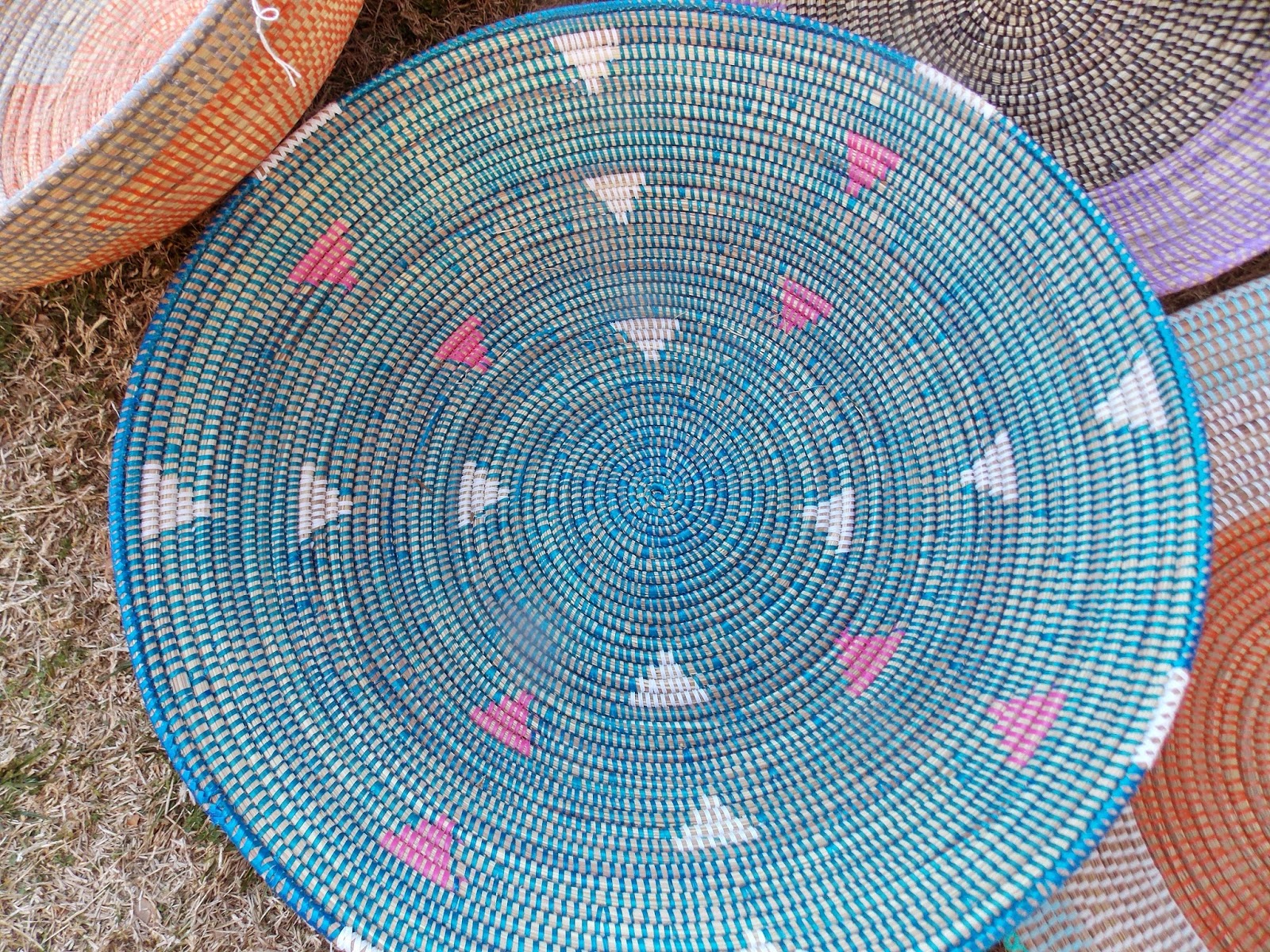 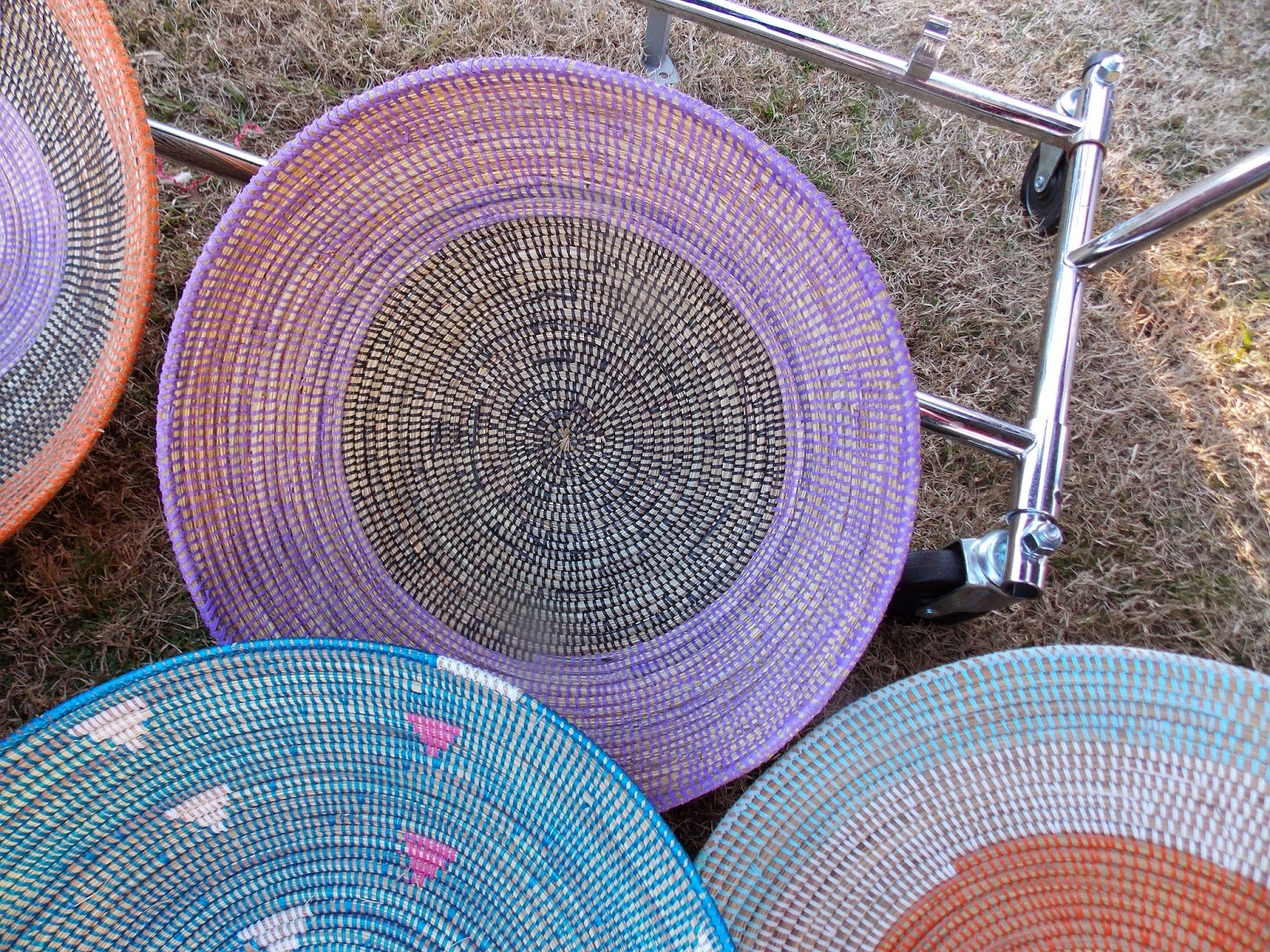 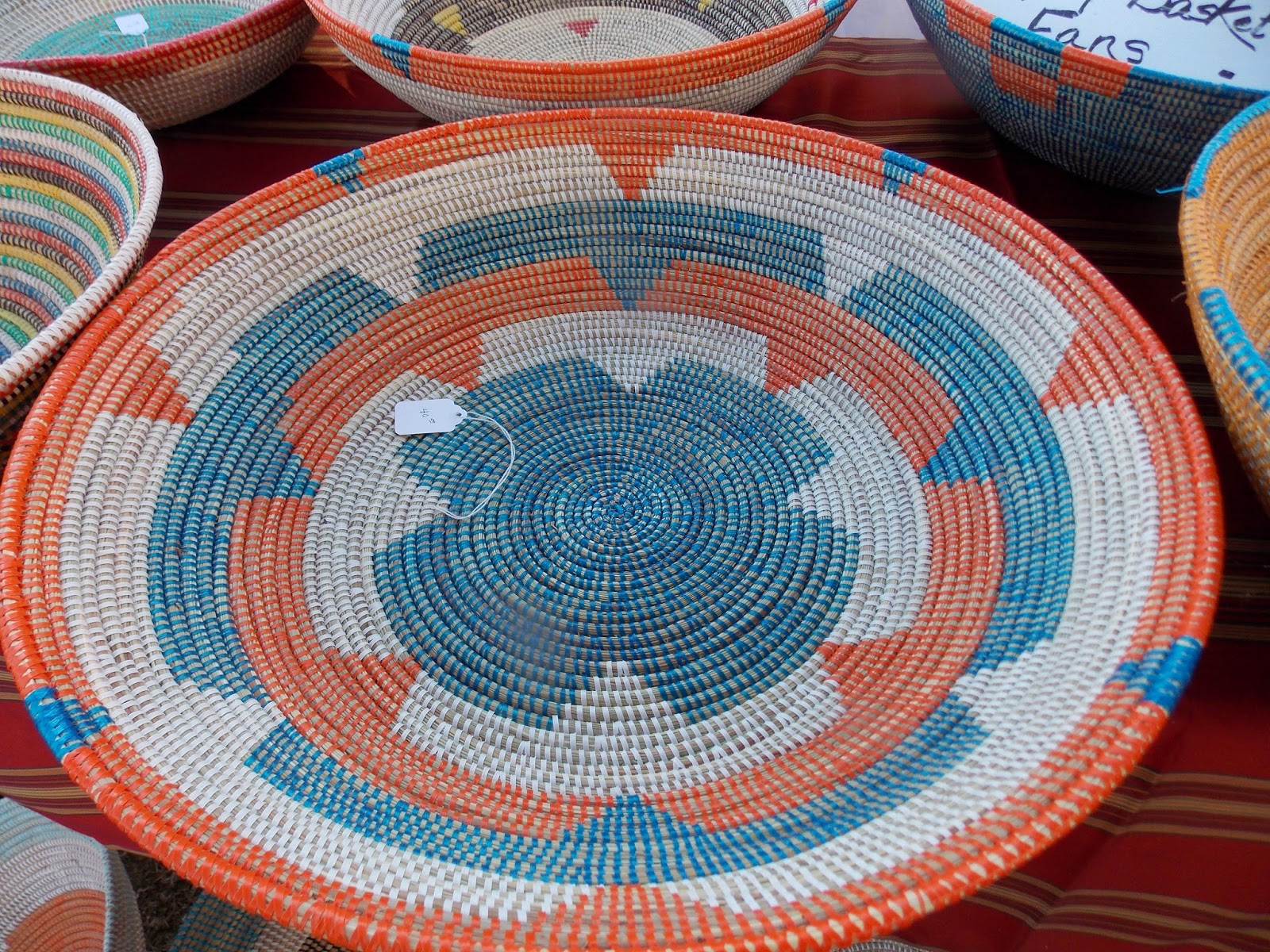 About an hour north of my location, Southport is located on the shore with a stunning water view from the entire town.   I met four interesting strangers (vendors) during my visit.  We speak to strangers every day but often we do not ask questions or listen to what they say.

Gullah Baskets:
there is a long history behind the hand woven baskets of South Carolina.  (see Wikipedia) https://en.wikipedia.org/wiki/Special:Search?search=gullah+baskets&go=Go

Email ThisBlogThis!Share to TwitterShare to FacebookShare to Pinterest
Labels: Solo travel on Christmas

No Solo Supplements on select sailings as reported in Travel Weekly

Just posted on Google. Thank you Travel Weekly.
Fred Olsen removes solo supplement on a few cruises.
If you think it is time for all cruise lines to eliminate the solo supplement why not contact your favorite cruise line and tell them?

Single supplements have been abolished on selected Fred Olsen Cruise Lines voyages this winter.
The special ‘no single supplement’ deals mean that solo passengers occupying a twin cabin will pay the same per person rate as a couple.
The deal covers a pre-Christmas mini cruise on Black Watch (pictured) from Tilbury to Zeebrugge on December 18 with prices starting at £198.
A 16-night Northern Lights cruise from Tilbury on December 20 starts at £2,064.
A 13-night Canary Islands and Caribbean fly-cruise on Braemar departing on December 30 leads in at £1,499.

The People You Meet On The Road 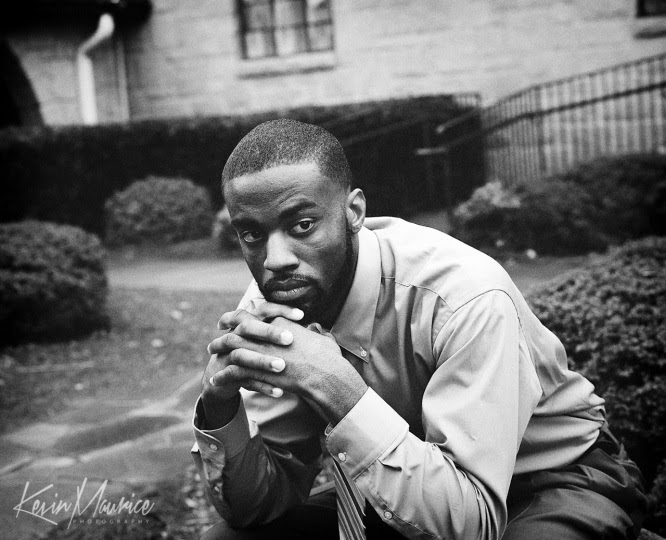 I continue to tell anyone who will listen,
that you never know who you will meet if you
just keep an open mind.

Out shopping this week I spoke with one of the employees to find he is a writer, a poet to be precise.  So today I am featuring  Adrian T Pearson, better known as The Prolific Penman.

Below is his bio.  Who knew he was so accomplished and famous?


My name is Adrian T. Pearson I am also known as The Prolific Penman. This is a name chosen
for me by God when it was introduced to me I questioned could I live up to what the title meant,
as time passed I came to see that the name not only fit me but it was who I had grown into.
The more I spoke it the bolder I became. The Prolific Penman is my new lease on life this name is not just a representation of me but another testament as to what God can do if you are willing to be obedient to him. My faith in God and in myself has allowed me to write from pain, anger, fear, love and hope; all of these emotions have pushed me to become a fighter. This is not just a name change but a movement, poetry is only the start of better things to come for me


Twelve years ago poetry helped me find myself, saved me from depression and allowed me to define one of many calling that God has for my life. I have been awarded the International Who's Who for Poetry for 2012, I am also published with The World Poetry Movement.  I was also selected as the best Poet for 2012 by The World Poetry Movement as well and in October 2013, I graduated from college while being homeless.  You can follow me or checkout my blogs  on Facebook under https://www.facebook.com/prolificscorner,  or at http://theprolificpenman.wordpress.com/  you can also  read some of my recent work at http://theprolificpenman.poetrycraze.com,
For more information and event bookings contact
theprolificpenman@gmail.com or 770-376-7638.
So the next time you pass up the opportunity to chat with someone or say more than 'how are you' without really caring what the answer is, think twice.  There could be an amazing person behind that smile.