Learn about yourself on a solo trip

So much to remember from the non stop events over the past 9 weeks.

First thing I do when I return to the USA is obtain a new passport.
For the second time a customs official has questioned if I was the same person on the passport!

This week he broke out laughing!

I reminded him in 30 years he would be old too.  But he did not believe me.

I do not like unplanned travel!
There were NO seats on the train I tried to reserve this week to take me from Lyon France to Torino, Italy and on to Florence where I left my luggage.

After 5 weeks of train travel this had never happened before

Reservations:  I do not like not knowing where I will sleep the next night.   Of course money solves all problems but when an entire town is booked because of a scout competition, I found I had to move on because 'there were no rooms at the inn'.

WIFI:   When there was a short term train strike and the hotel had no wifi and there are NO LONGER internet cafes, I had a melt down.   Of course it was solved, but this caused my hosts to ask if 'I had ever traveled before'?    And this prompted creating a list of what make my travel more difficult.
Now I search for a mobile wifi device that works in all countries.

Slow Travel:
Because of some commitments to do interviews or participate in events, I found myself traveling every 2 days.  That barely gives you time to unpack!  Finding a laundry on short notice is also more difficult.  Here again the problem was solved in Lyon via the internet.  Hotels need to install coin operated laundry facilities.

Down Time
A writing trip that gives you NO time to write is not productive.   Returning from a trip with more than 30 stories to remember and write will keep me chained to the computer for 2 months.  All worth it but reports from the road would make far more sense.


Some things I noticed on this trip:
Everything in Germany was a new experience since I had not been there since my 'see Europe in 3 weeks trip' after college.
Traveling in Italy is easier because I know what to expect and how to solve the strike problems or missed trains.
Large train stations are like mini cities and Germany has some wonderful stations.   They offer luggage storage, all kind of food (up until 9pm or even 8pm), clean bathrooms for 1 euro, one offered showers.  And two had shopping malls within 1 block of the station!
Germany has the BEST reservation staff.   Day one I asked for a day ticket to Cologne to 'test' my train skill and made reservations for seats on my next travel leg.  When the train was late and I missed the tight connection, the reservation office with BAHN simply found me a seat on the next train without any charge.   Wonderful.  Not so for the BAHN office in Bolzano................1 hr wait for a reservation.

And they walk and walk.  This must contribute to no weight gain.

No one tries to talk with ‘strangers’. Perhaps there are too many of us over the years and they get tired of us

In Italy and Germany most of the sandwiches are one type of pork or another.   If you do not prefer port, travel with the word for chicken or turkey     A very luck encounter with a young woman in Germany who spoke Italian as well as English.  Thanks to her I traveled with the word 'turkey' written on an index card.

The isolation of the 'cell phone' is getting worse.   No one looks up from that small screen.

This year fewer tourist were blocking the view by holding ipads in the air.

Far more real cameras were seen.   And yes the selfi stick is still out there.  Now they offer one with a 3 foot stand so you don't have to tire your arm.    Ridiculous.

Posted by Lee Laurino at 3:15 PM No comments: Links to this post

I sail transatlantic solo every year to work in Italy for HometoItaly.com and am accustomed to the 'couple' atmosphere aboard a ship.
But I was NOT prepared for the masses of bodies pushing and shoving at EVERY event.

When people have to wait the group can become ugly.   An example was the stop in Palma.  Imagine 4,000 people exiting at the SAME time because NCL did not plan a longer stop in Palma.   It looked like a line of prisoners going to the exercise yard.


When we arrived at the end of this maze the EXIT DOORS WERE LOCKED and the masses piled up pushing and complaining.   Every day aboard this ship feels like you are leaving a soccer stadium.


So the solution is to go where the crowds don't follow:  you are forced to eat early (as if you lived in Florida) or late.   Too late and they have already closed the buffet and you eat cold pizza or burgers.

You watch a movie out on the deck.  Too cold for many people to watch a NOT first run movie.

No one is in the library but it is a midget area next to a bar.........only good early in the morning.

There is a quiet zone on the top deck and the ONLY place you don't hear children having a meltdown.

And of course you can stay in your room

Why I took the trip?  The price was so low it was more cost efficient that staying in a hotel the last week of my trip.....of course I imagined I could work the entire trip, sure that didn't happen

Posted by Lee Laurino at 2:59 AM No comments: Links to this post

Travel Books NOT for Tourists

Meet the Locals and Learn About your Destination﻿ 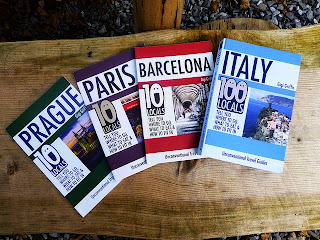 I asked Gigi to introduce herself to Mature Solo Travel because travel is not a 'age' it is an attitude.

Hey all! My name is Gigi Griffis and I'm a world-traveling entrepreneur and writer with a special love for inspiring stories, new places, and living in the moment.

In May 2012, I sold my stuff, gave up my lease in Denver, Colorado, and took to the road with a growing business and a pint-sized pooch named Luna. 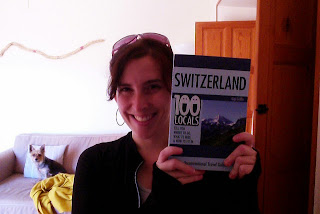 Since then, I've been traveling full-time mostly in Europe. I've spent quiet months in the Italian countryside, long summers in the Swiss Alps, and surprisingly sunny Novembers in places like the French Basque country or Croatia's Dalmatian Coast. 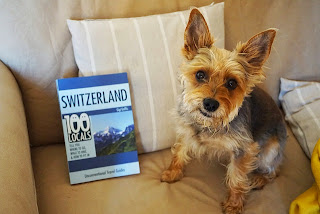 So, how do I support my travels? I'm a freelance writer for travel magazines and I write and publish a series of unconventional guidebooks called the 100 Locals series.

The idea behind the books is that the best travel advice comes from locals. They know where to find the hidden-away pizzeria with no English menus, how to locate the quietest, most beautiful hiking trails in the Alps, and--just as important--how to fit in with the local culture.
And so my books are collections of interviews with people who live in and love Italy, Paris, Barcelona, Prague, and now Switzerland.

Off the Beaten Track in Germany

There is so much to see on this whirlwind tour of Western Germany's towns that may not be on the list of top tourist locations.      My visit started in Dusseldorf with a side trip to Cologne.  I wanted to test my solo skills of navigating the train system without any knowledge of German. 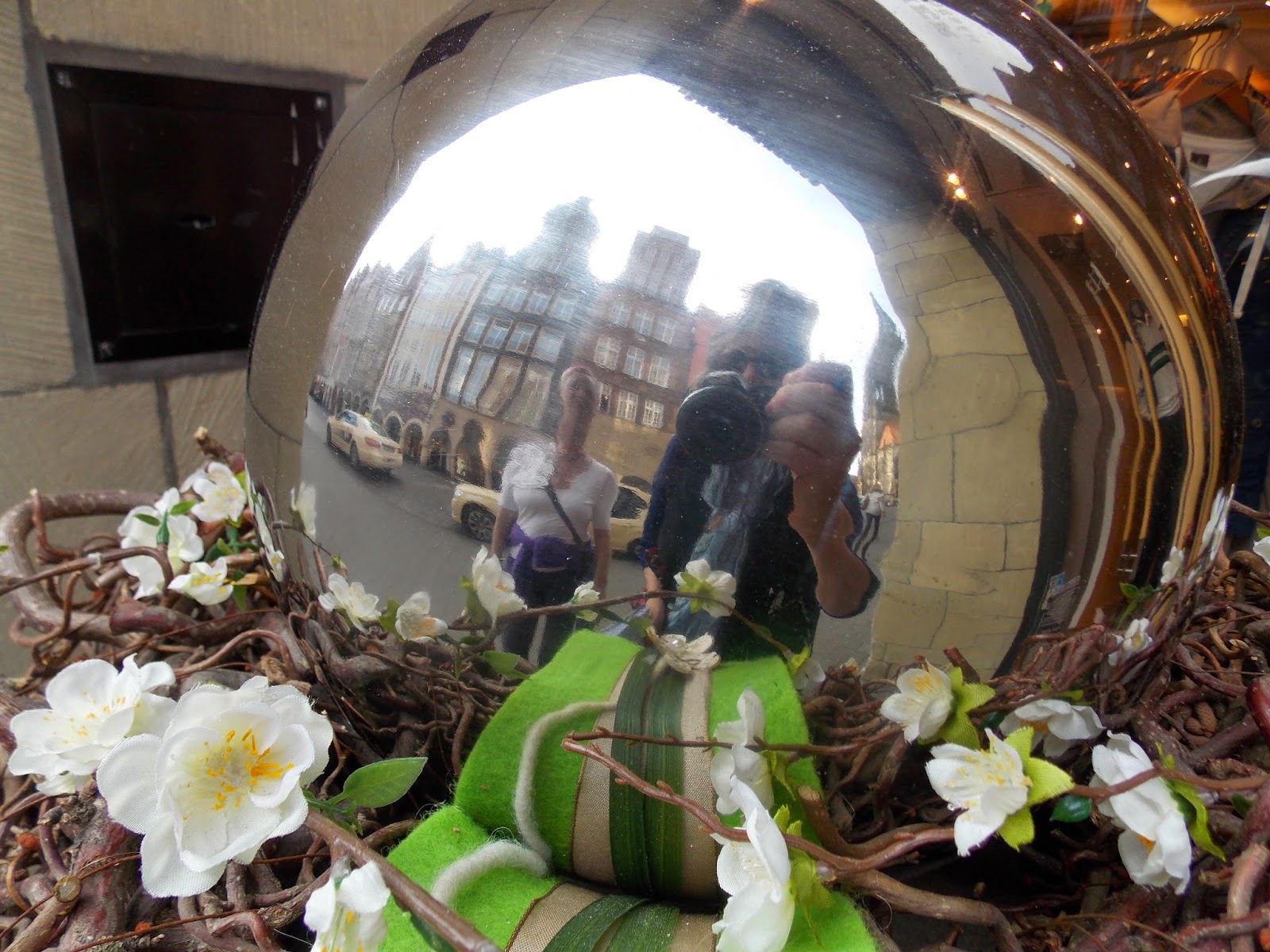 Stories on the 'woman in the tower', the oldest cake store and the bike garage to follow!


Munster:   My first adventure was two filled days exploring this busy college town north of Dusseldorf.  There appears to be more bikes than cars and I found there are 'bike rules' that give bikers the right of way.
I explored by foot and the helpful 'hop on hop off bus' that gave me a city overview on a rainy morning.  The tourist office in the center of town gives you great maps and information on what to do and what to see. 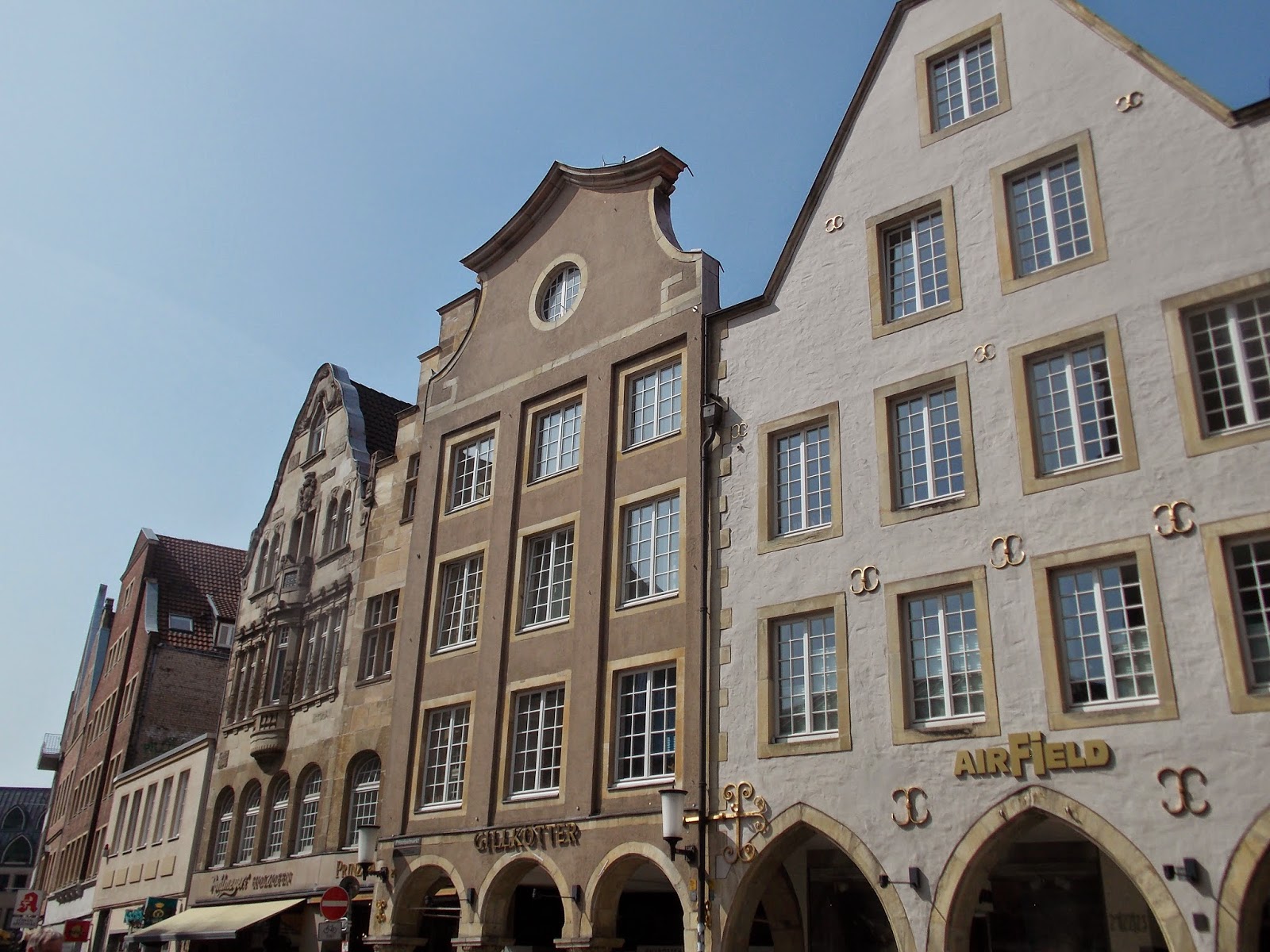 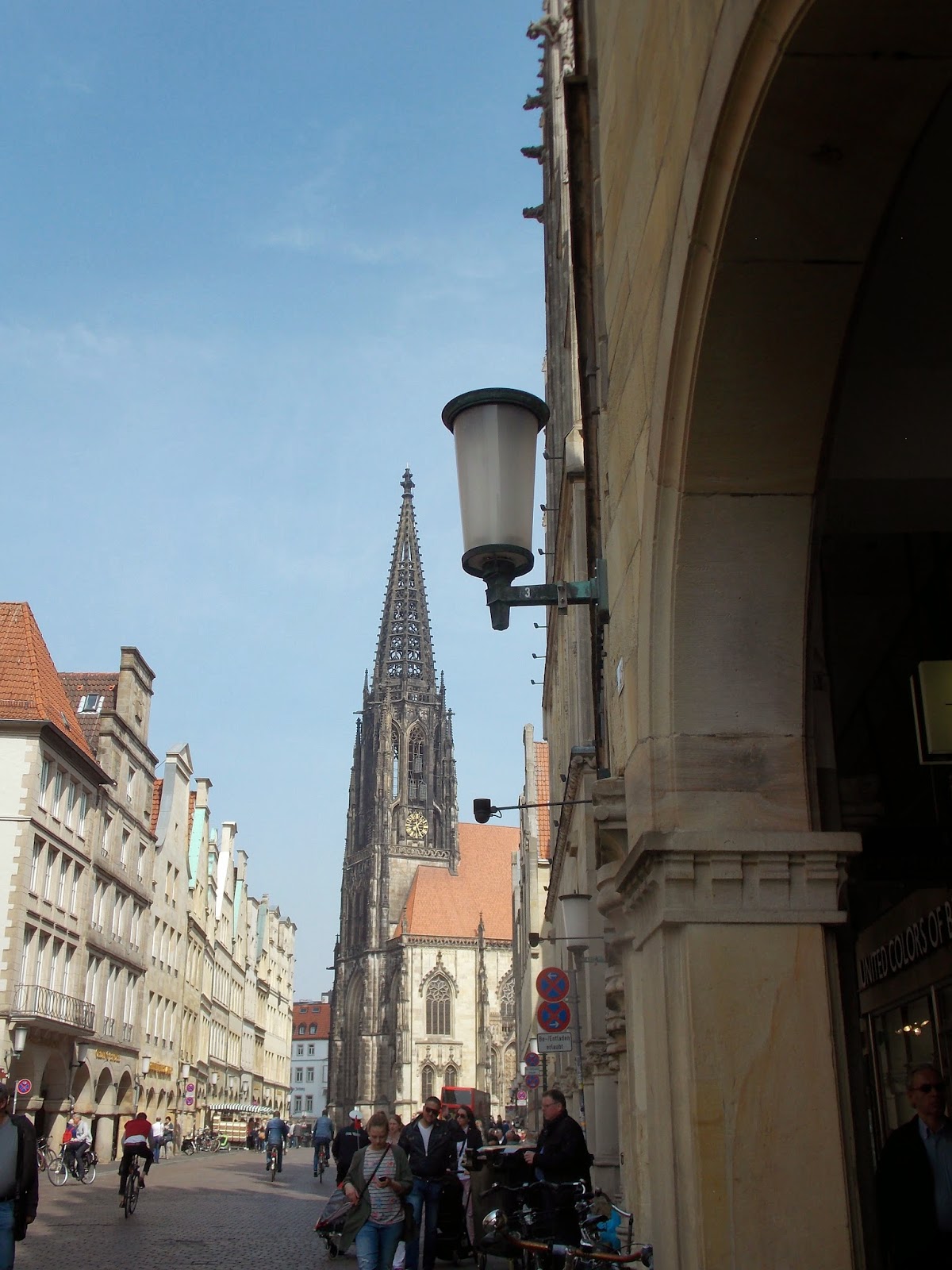 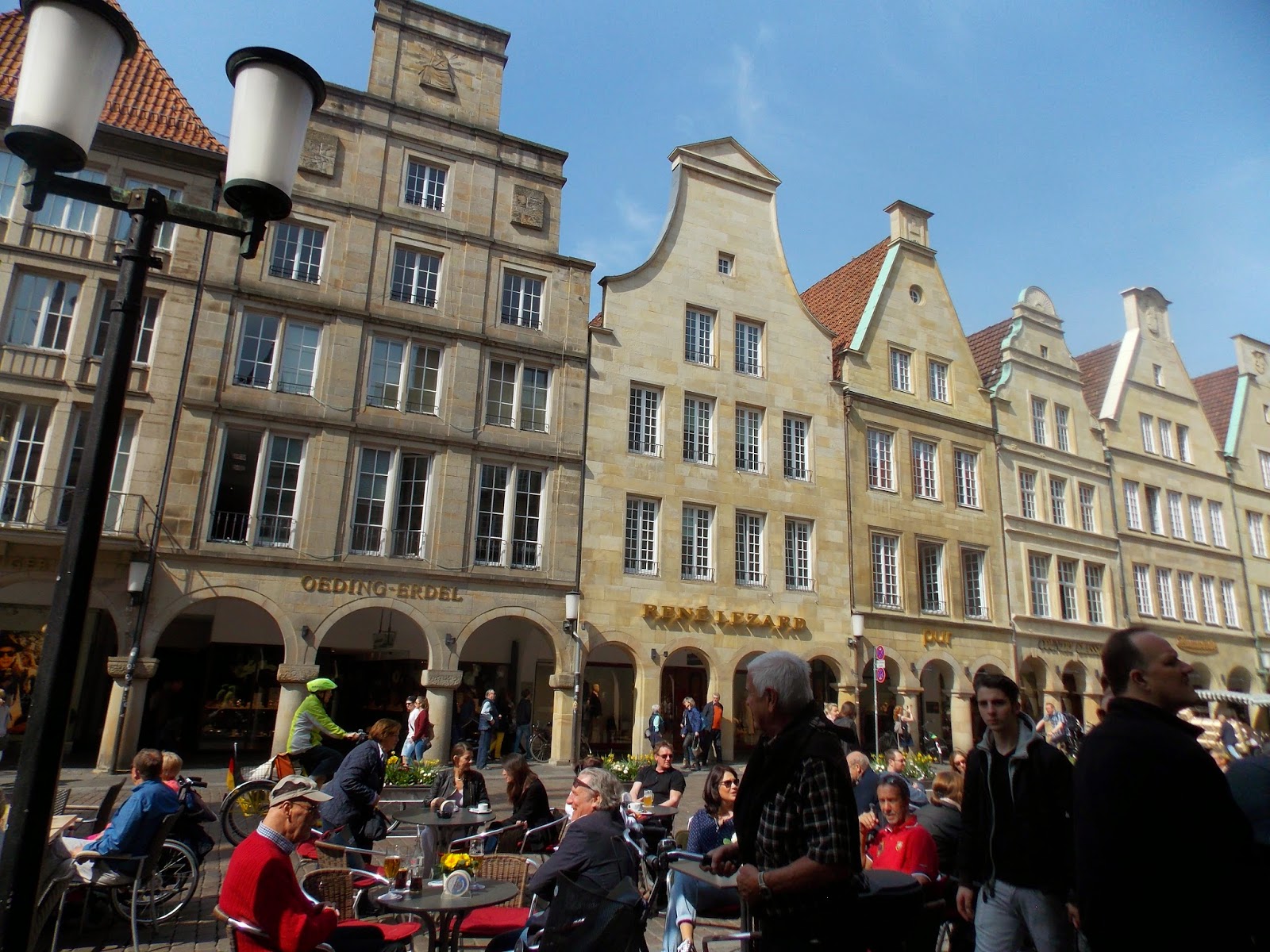 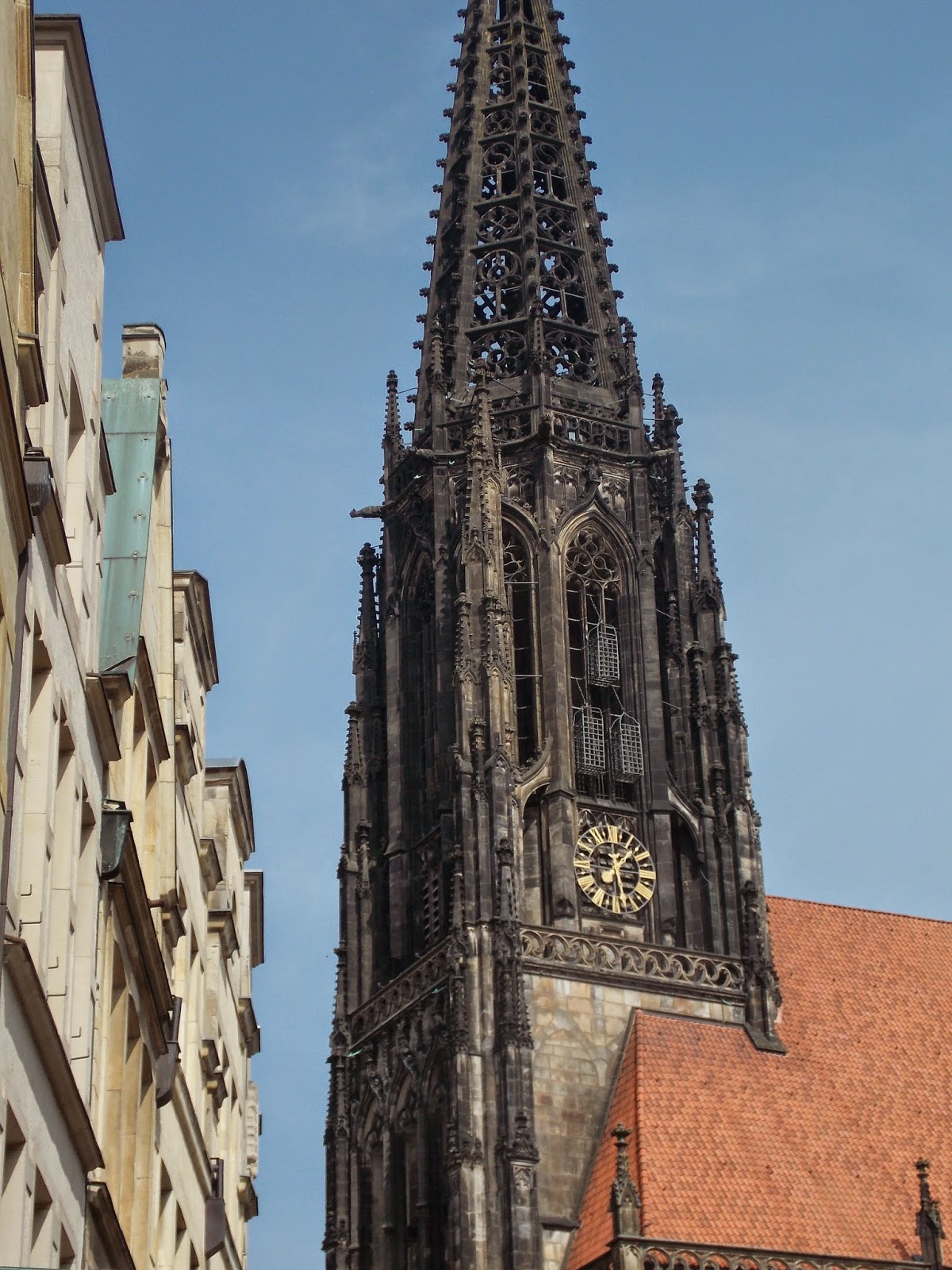 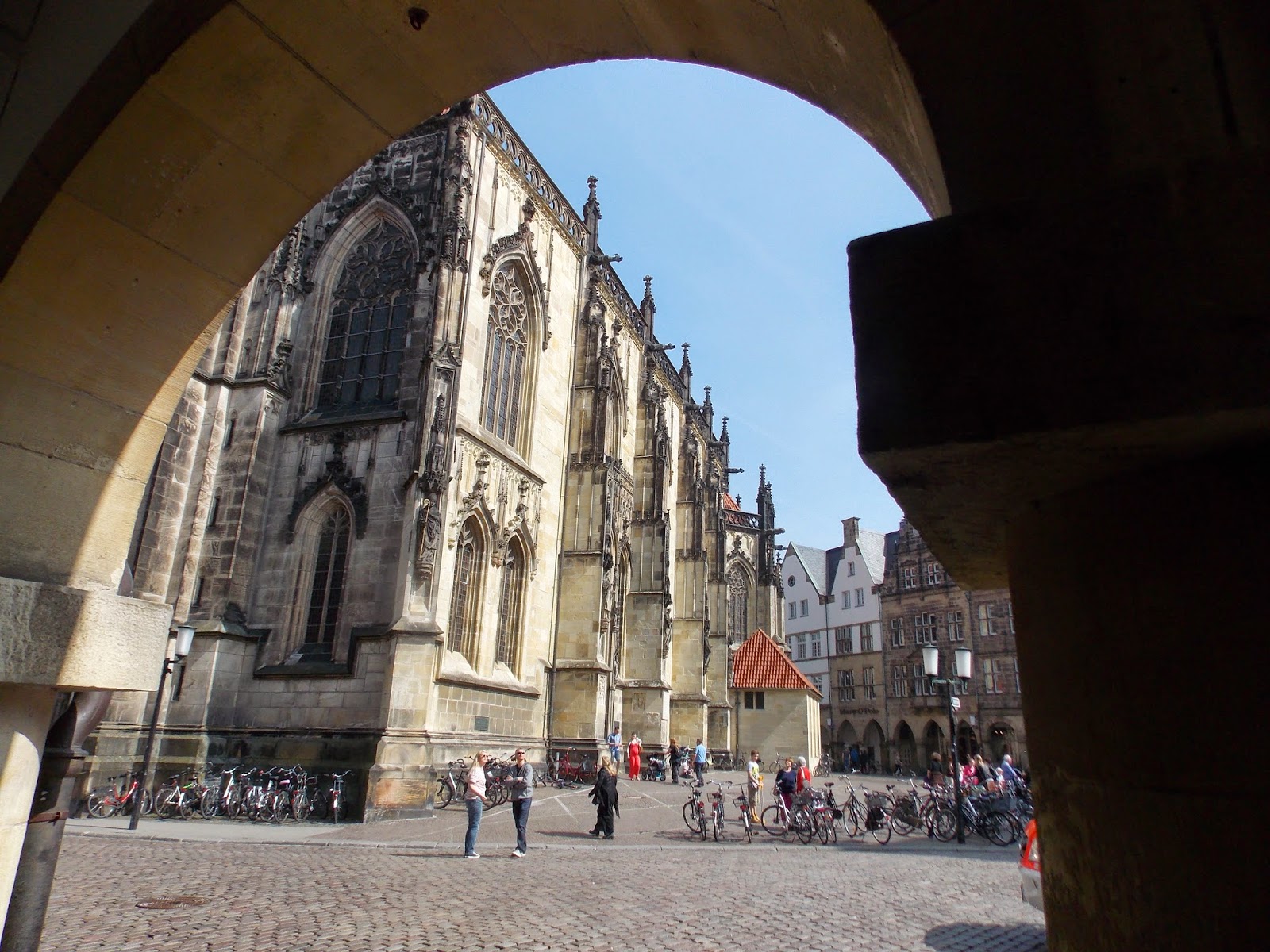 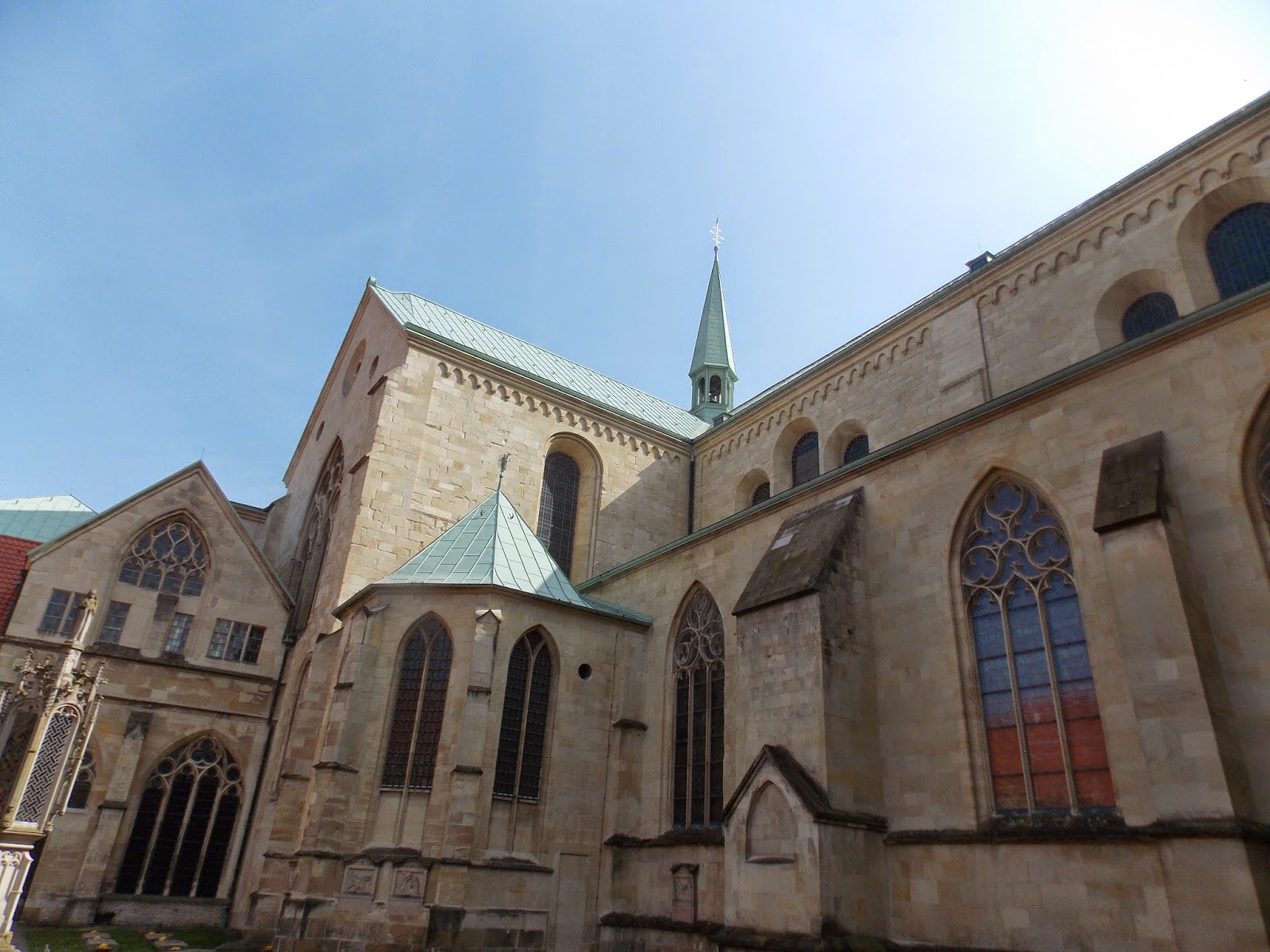 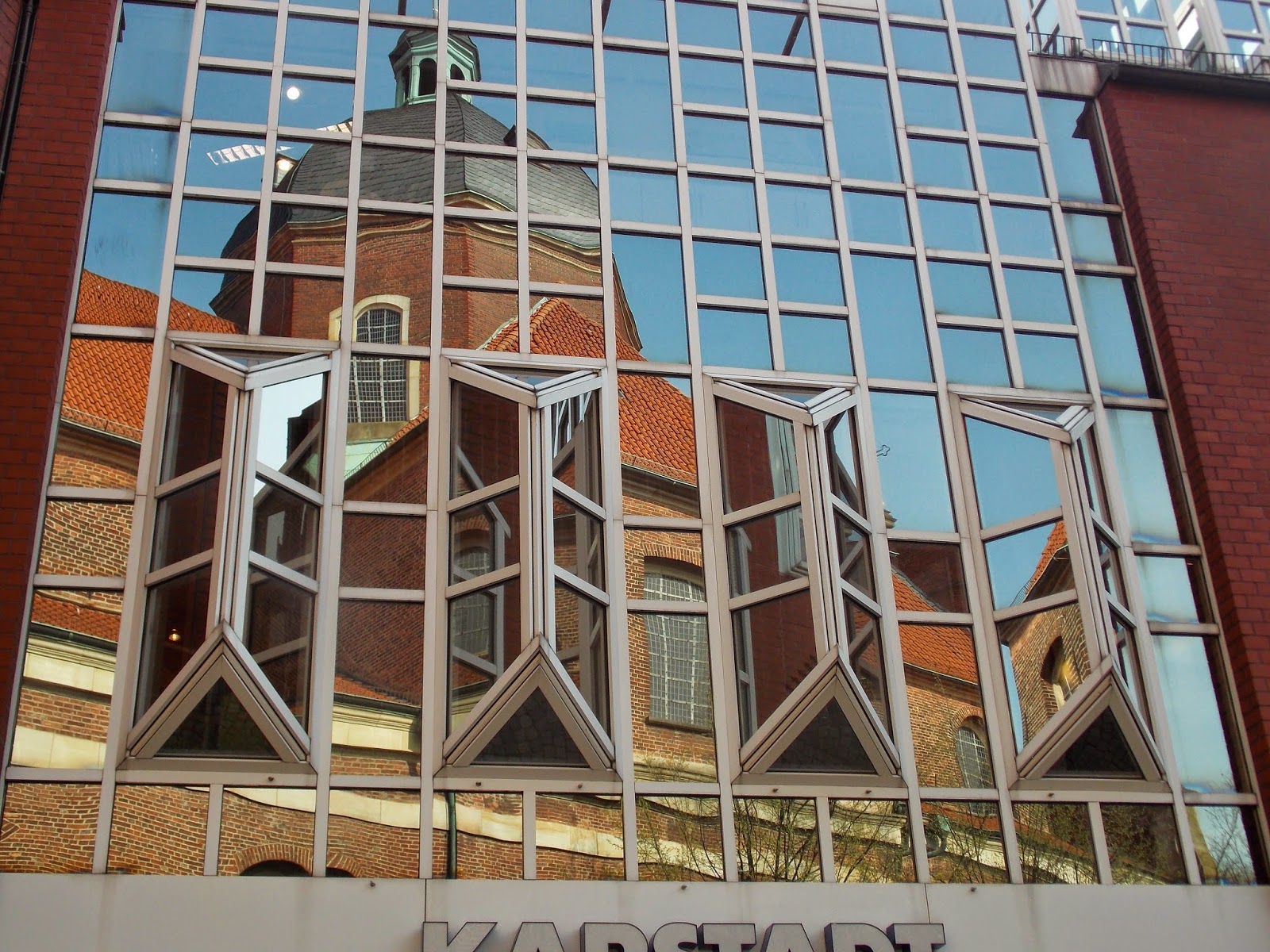 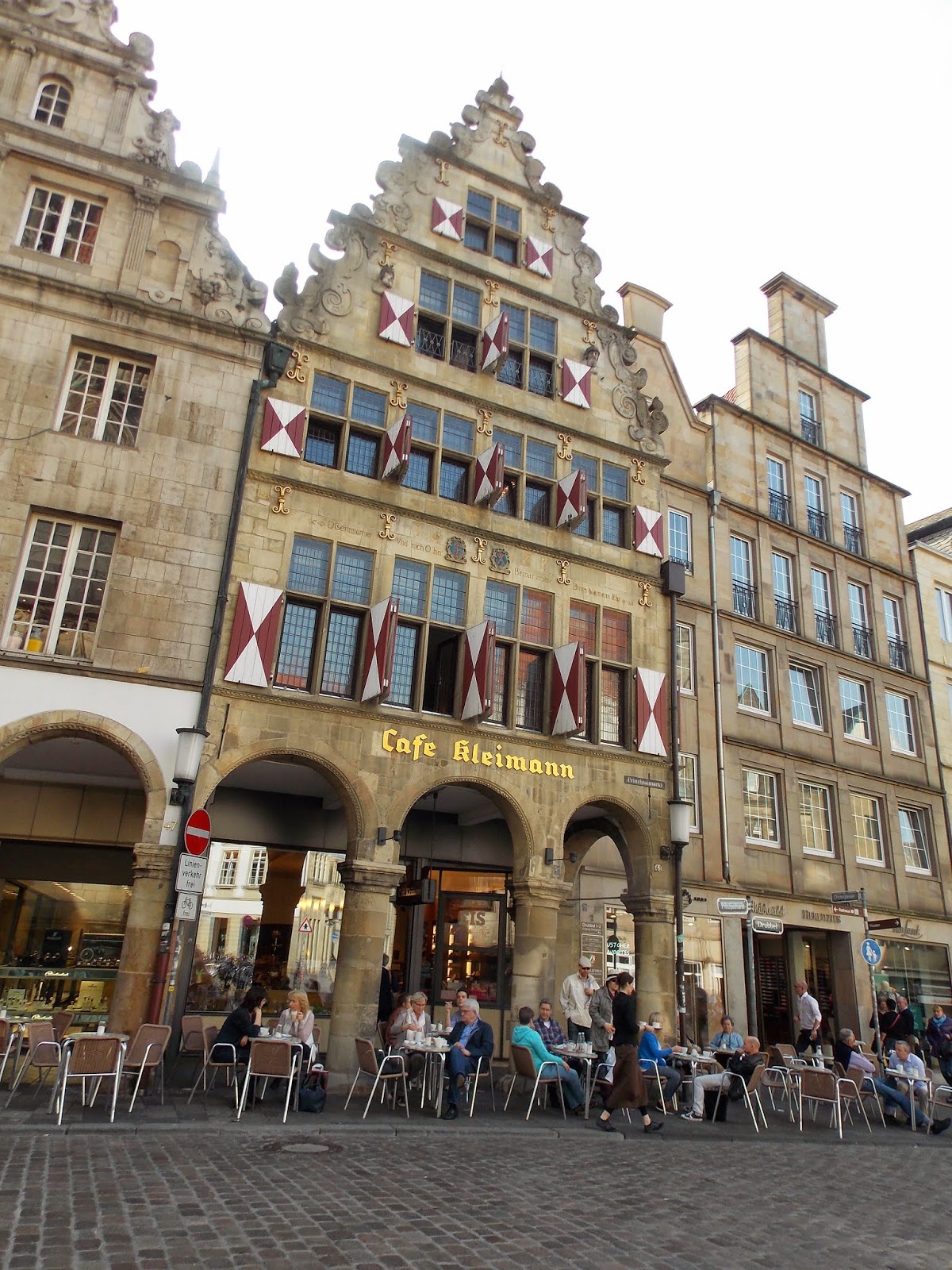 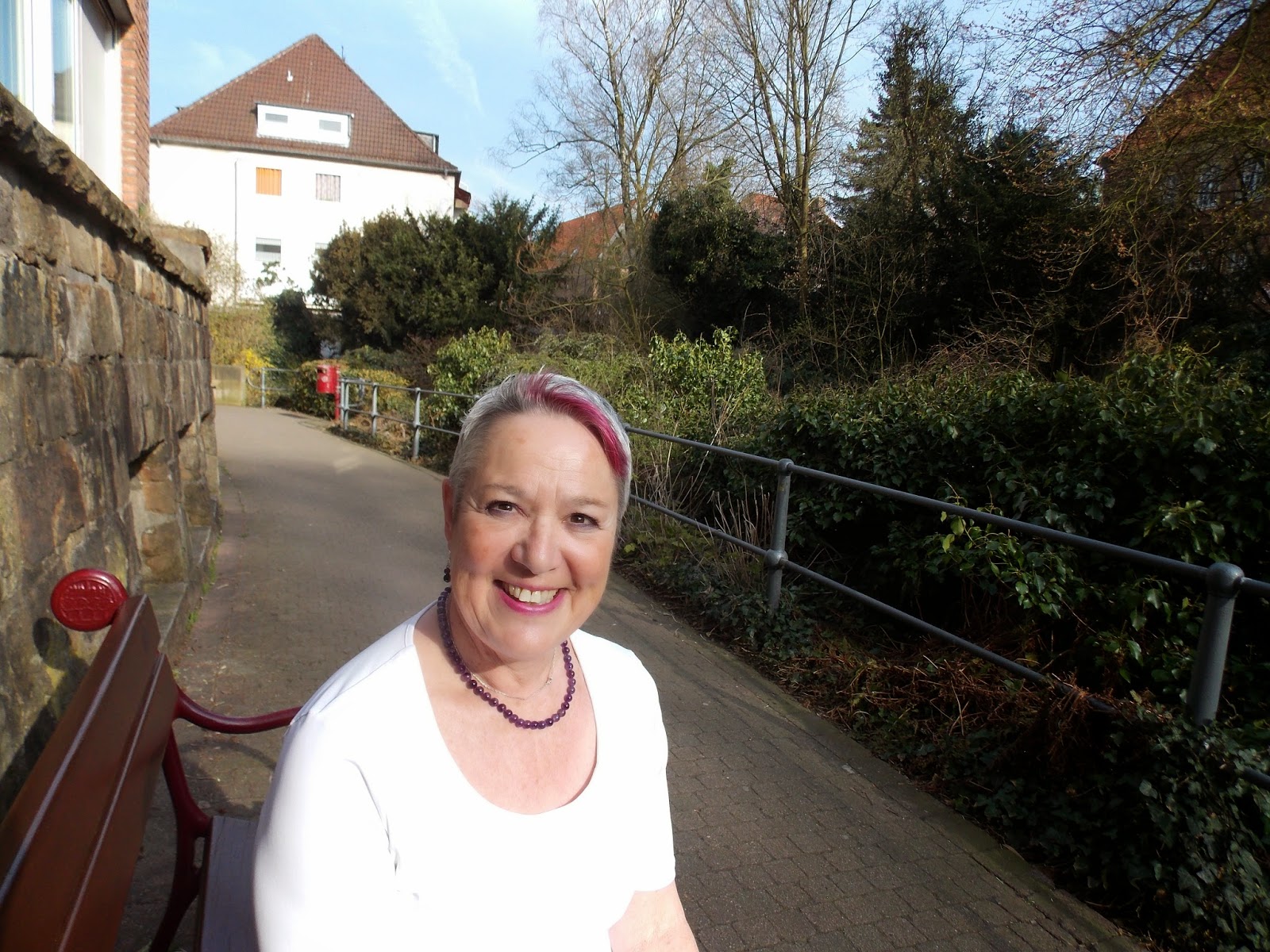 Ms Brugete Nygkebgiff, a licensed tour guide in Munster agreed to forgo the 'bike tour' for a fast walk that showed me all of Munster and made many suggestions for food and activities that a solo traveler might enjoy.    The library in Munster is a perfect place to take a break from the weather and hours of walking.    There is a WC in the lower level, public computers on the second floor and a lovely café I tried on my second day in Munster.    A great spot for individual travelers or groups. 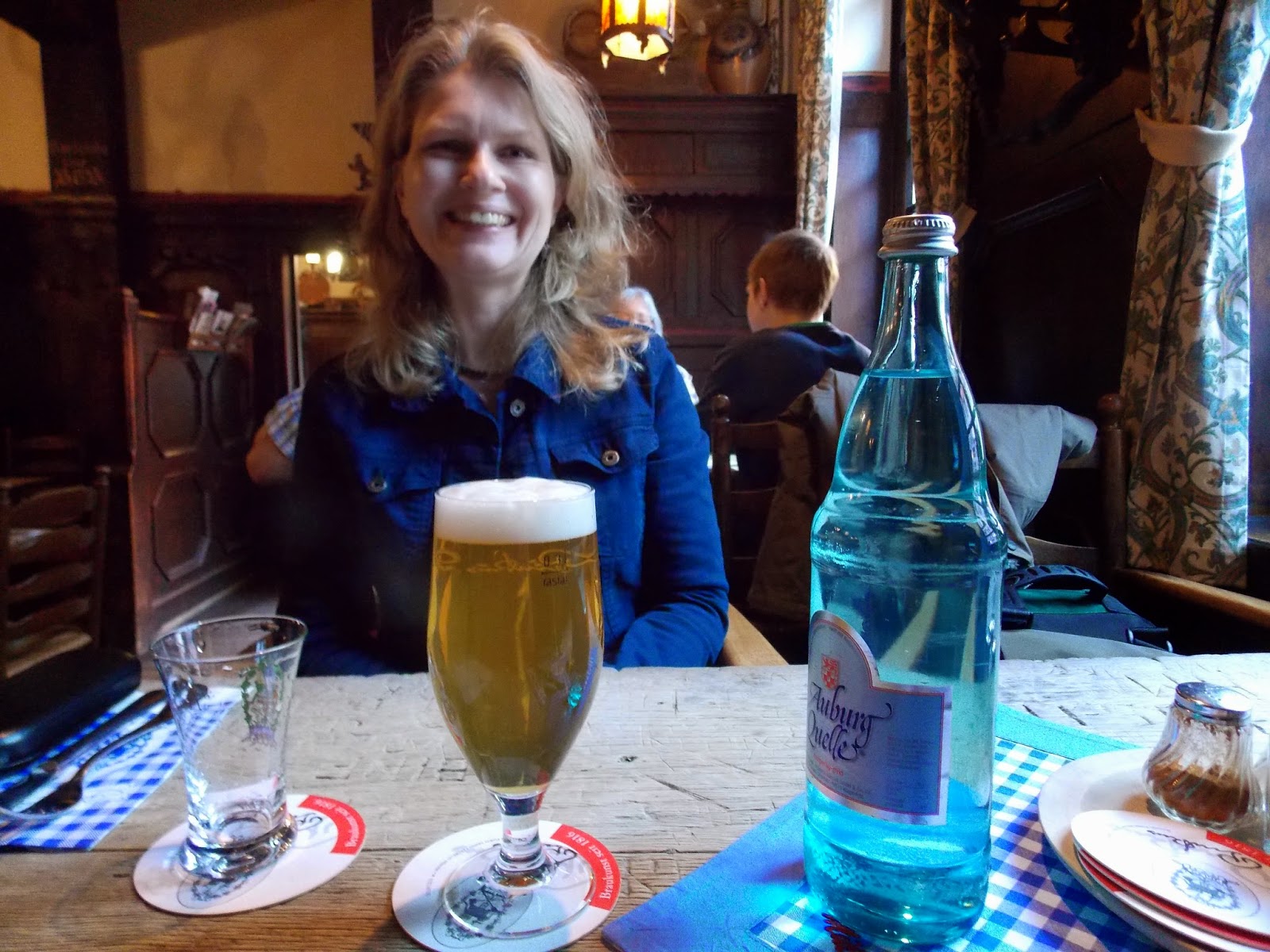 Juliane Unkelbach with Munster Marketing hosted my dinner at a wonderful beer hall!  This beer was GREAT and although I had to ask Juliane what each dish was called, it was all wonderful.

Who said German food was all sauerkraut and hot potato salad?  And please note the size of the water glass and beer glass 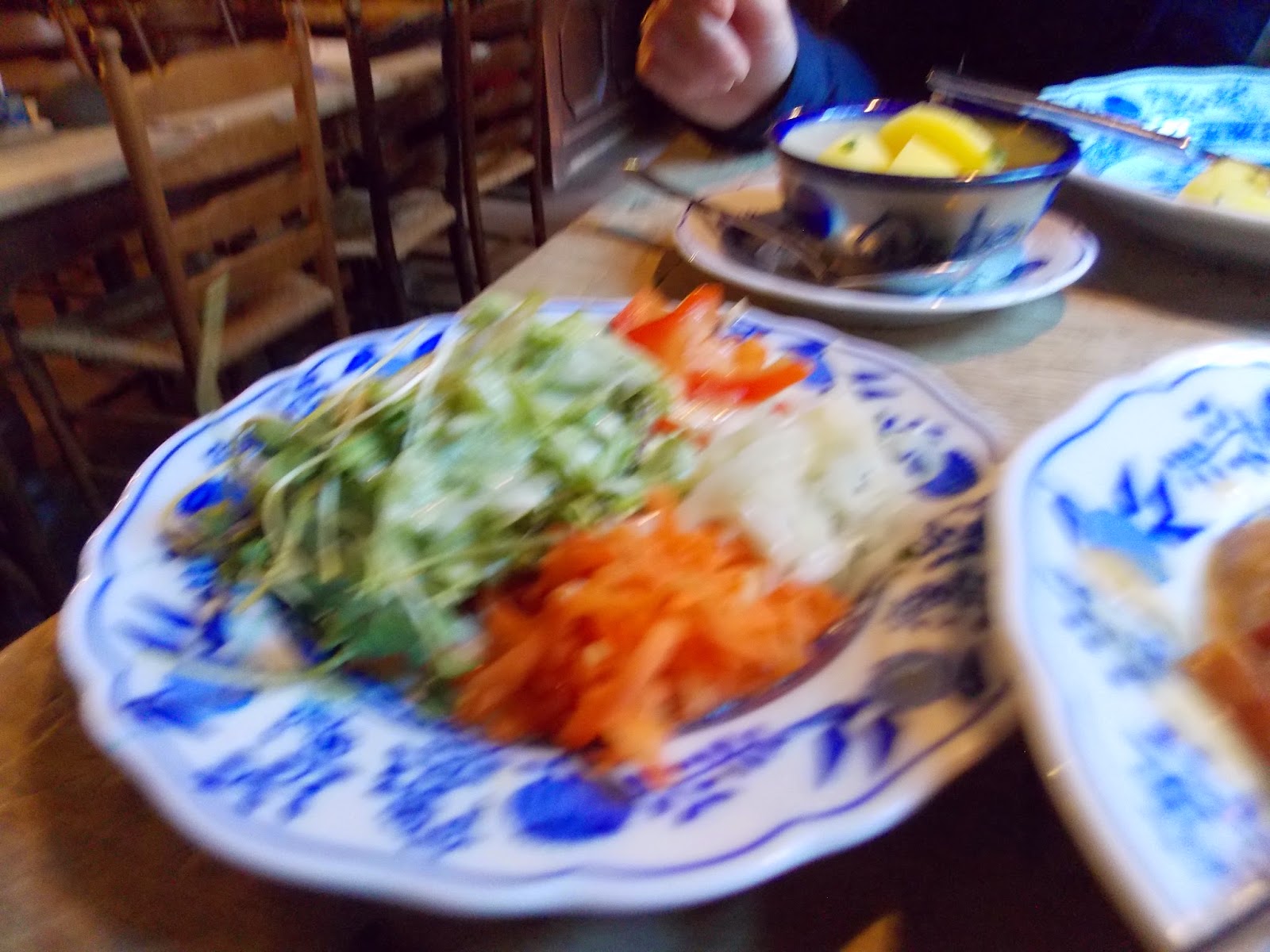 large plate of vegetables was inluded 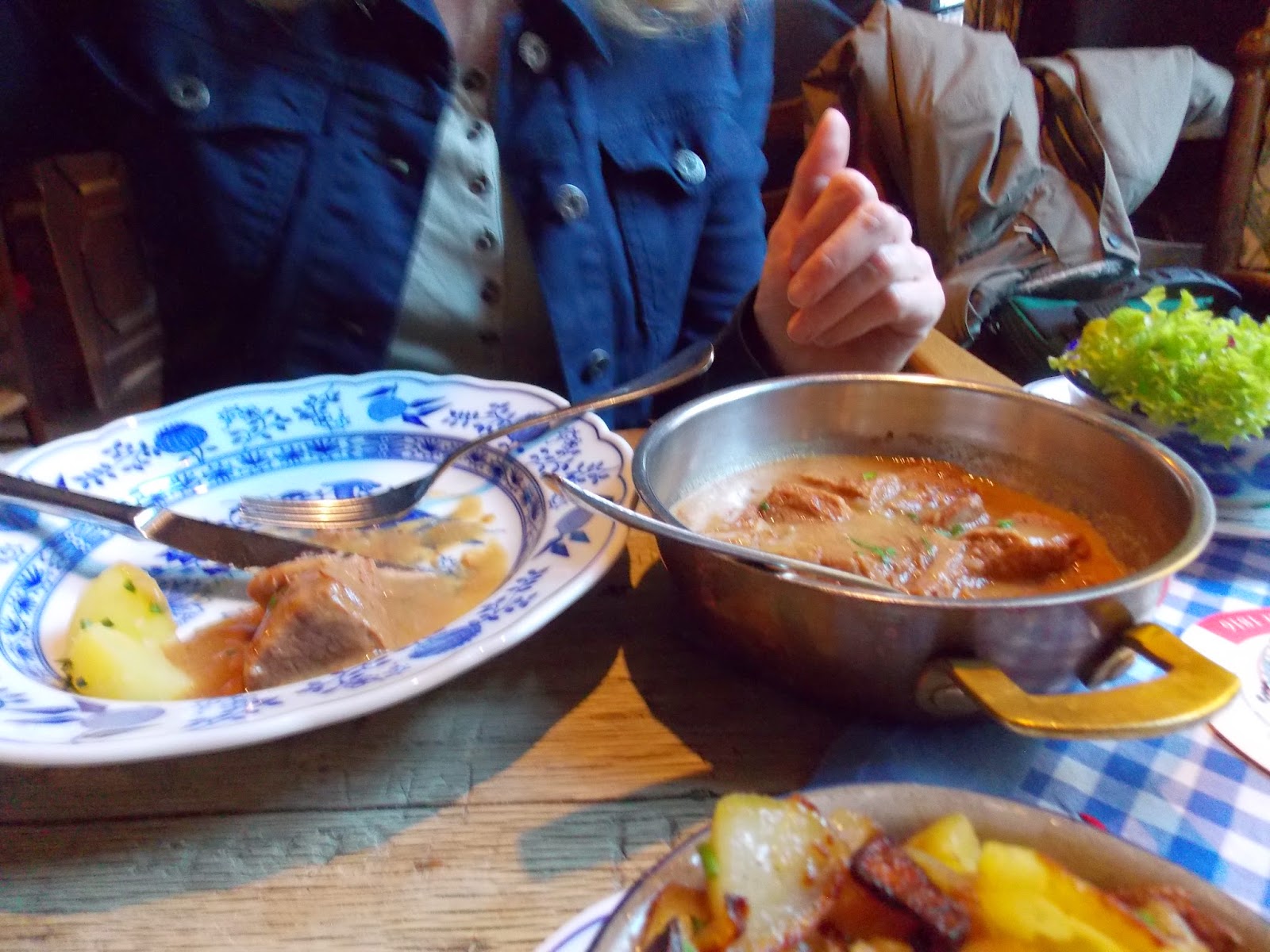 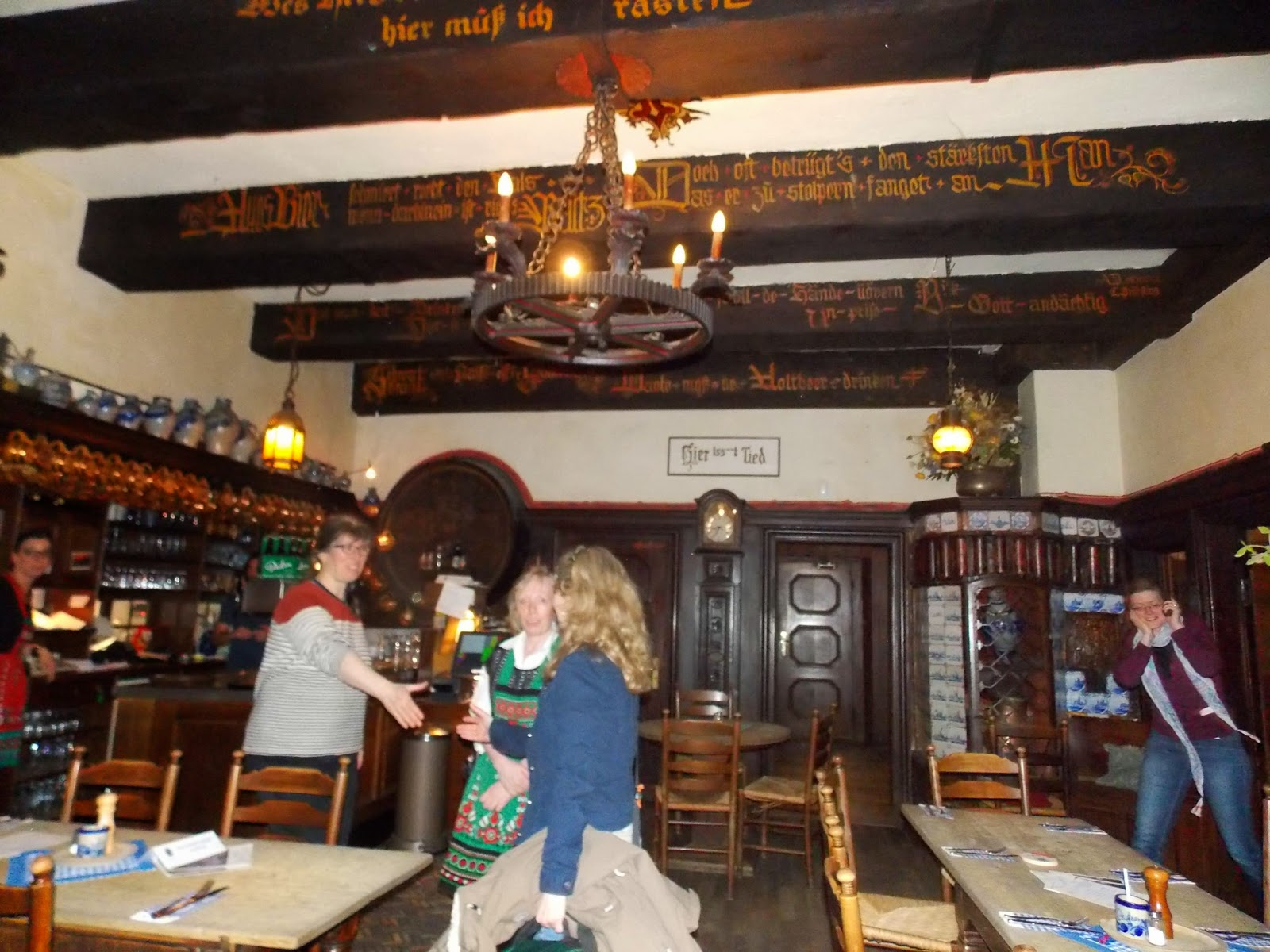 The owner of Pinkus Muller 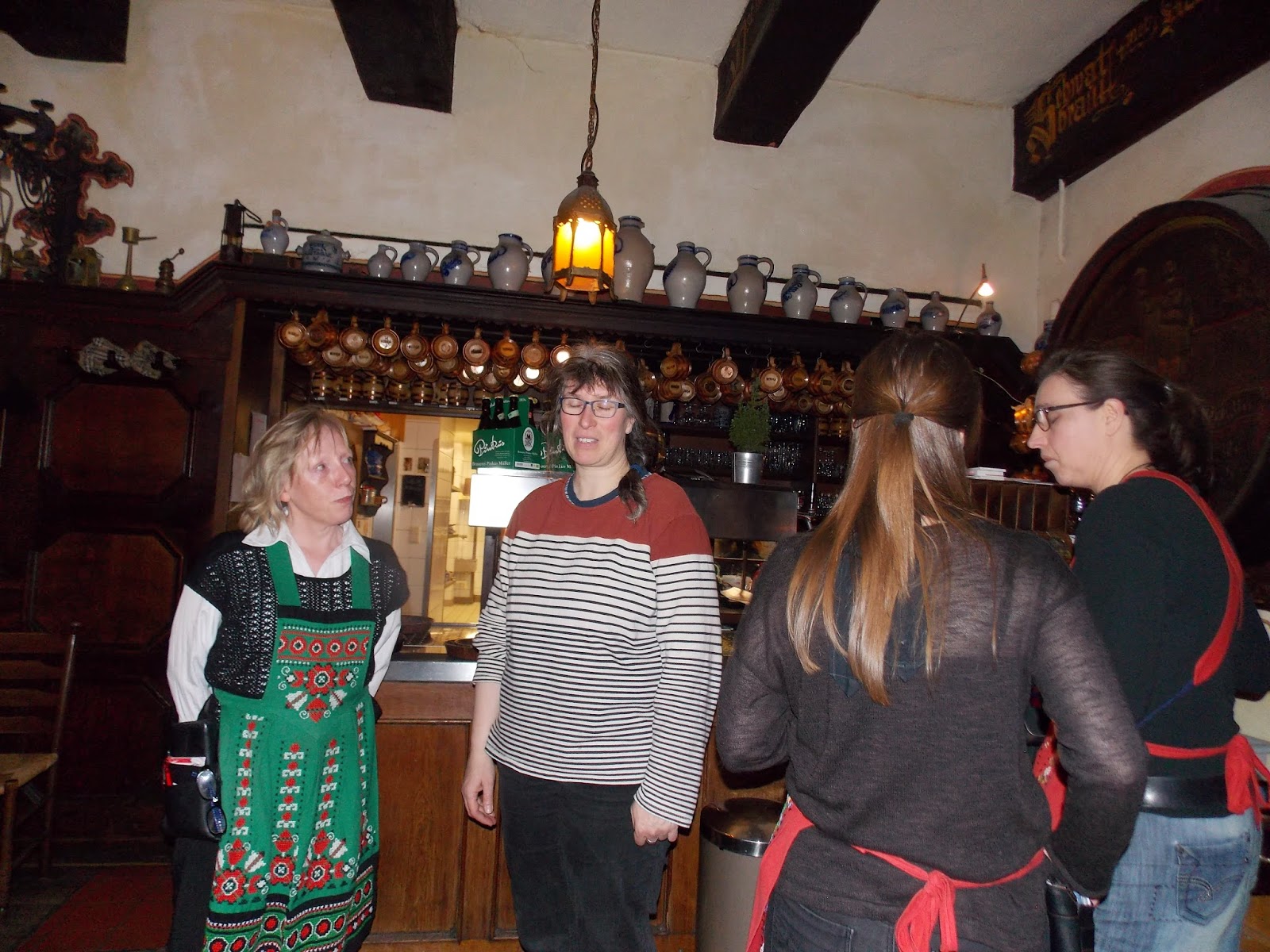 The entire staff was very welcoming and a solo traveler could easily enjoy a meal here.   Later in the evening (after 8pm) the restaurant did fill up.   They must come for the food or the beer? 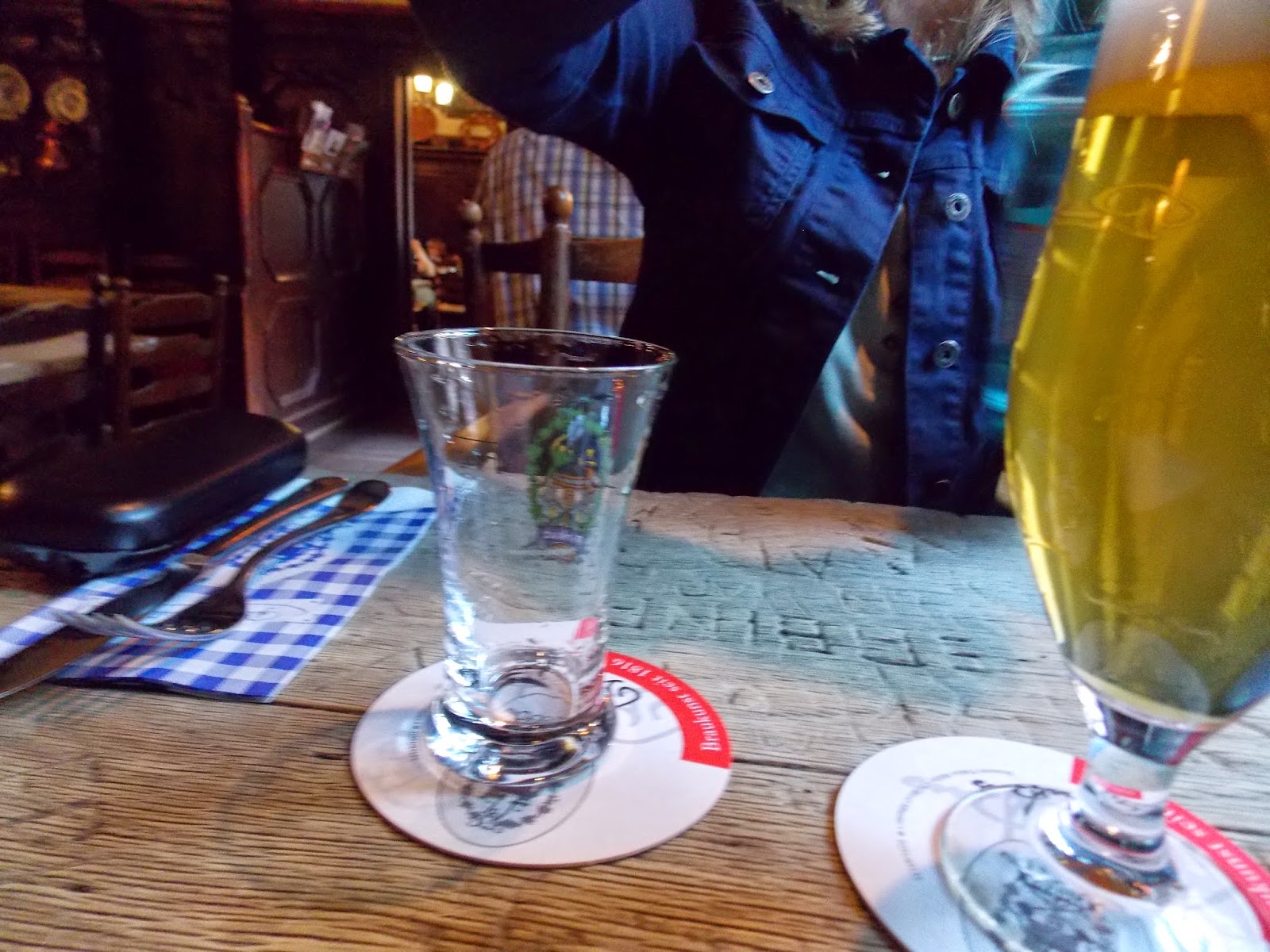 Our beer named "Pinkus Spezial".  This was a very smooth beer that is nothing like "beer' at home.   It was easy to ask for another!

My visit to Munster was hosted by Munster Marketing but all opinions are my own.    I will surly return to Munster, perhaps for the Christmas market!

Posted by Lee Laurino at 4:38 AM No comments: Links to this post